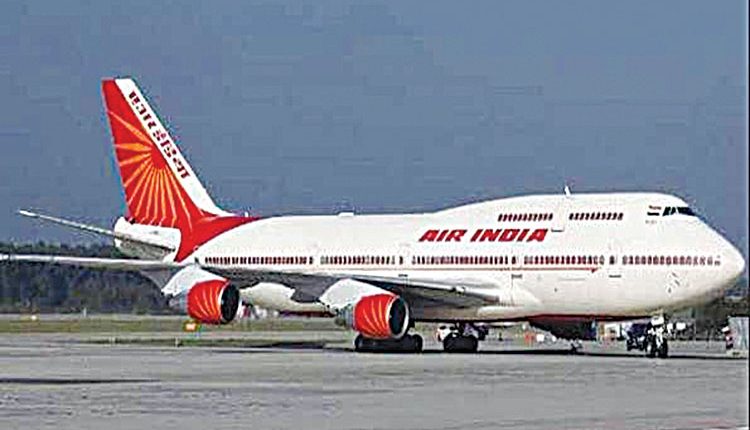 New Delhi, Oct 20 (FN Agency) As it hires across its various verticals, Tata Group-owned Air India on Thursday said that induction of new talent is essential to bring about cultural change in the company. Tatas took over public sector Air India in January this year after making a successful bid to acquire the carrier for an enterprise value of Rs 18,000 crore.Commenting on talent acquisition, Suresh Dutt Tripathi, Chief Human Resources Officer, Air India said that an entire generation of workforce missed the opportunity to work for Air India due to limited recruitment over the years. “We are seeking to make up for this organisational gap as we work to make Air India the world’s leading airline with customer focus at the heart of its operations.” Our talent acquisition initiative is focused on identifying and recruiting the right talent in order to ensure that our human resource capabilities keep pace with the growth momentum and evolving needs of the organisation.

“The induction of new generation talent is also essential to bring about cultural change that will make Air India an employer of choice,” said Tripathi. In an official statement, Air India said that the airline has received an unprecedented level of interest in its talent augmentation programme which forms a key pillar of its five-year transformation roadmap Vihaan. AI.Vihaan. AI is Air India’s roadmap over five years with clear milestones. The statement said that Air India had not recruited in non-operations areas for more than 15 years and it is now quickly adding talent in all spheres of its business, ranging from Commercial functions like revenue management, sales, distribution, network planning and marketing.

Business Support Services including HR, finance, IT and analytics; as well as Operations, spanning inflight product design, ground, engineering & airport services, rostering and operations control. “The airline’s aggressive expansion plan, which has already seen 17 long-grounded aircraft return to the skies with 12 more to follow, and the lease-in of 30 narrow- and wide-body aircraft over the next 12 months, also necessitates a significant expansion in flying crew,” it said. The airline said that its first phase of this initiative to augment talent has received an overwhelming response. “Over 1,752 applications for pilots and 72,000 applications for cabin crew have been received in the last two months, which are in the process of assessment,” it said.