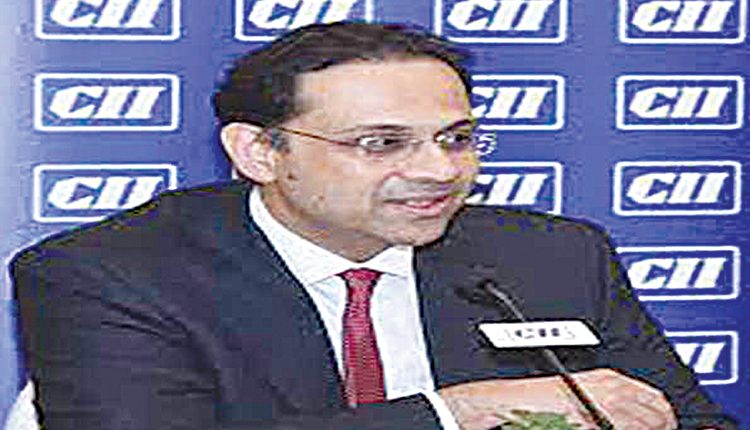 Mayank Nigam, Aug 3 (FN Bureau) CII President Sanjiv Bajaj on Wednesday said the Indian economy is scripting a rebound despite global turbulence and stress. Despite a challenging global backdrop, domestic economic momentum remains strong as mirrored by a slew of macroeconomic high-frequency indicators, he told reporters in a press conference. The robust GST collections, impressive PMI for both manufacturing and services, as well as high IIP and core sector output, good monsoons and agricultural growth augur well for the economy. Besides, the rupee, too, despite weakening remains more resilient than the previous crisis period and domestic inflation, though a headwind, remains capped compared to previous crisis period, Bajaj stated.

At the same time, both central and state capex is rising and tax buoyancy would support growth in FY23, hence, on balance, CII has retained India’s GDP forecast in a range of 7.4 to 8.2% in FY23, he said. Expressing his views on the role of industry and CII in taking India to a US$ 40 trillion goal post by 2047, Bajaj said that CII believes that there is a lot that industry and CII could do themselves. He also enunciated that CII has planned several new initiatives in the current year aligned with the current CII theme of Beyond [email protected]: Growth, Competitiveness, Sustainability and Internationalisation. “For instance, CII will continue to scale up its engagement in skilling and will skill 1.5 lakh youth and help place another 2 lakhs youth; improve manufacturing competitiveness by proposing to build a CoDB Index, and work with the states to strengthen the national single window system,” he stated. On sustainability, CII would effect simplification of processes and push for preparation of sectoral roadmaps for net zero transition for which it would be engaging with the state governments and sectors on developing `Decarbonization Road Map’ for achieving Net Zero by 2070, Bajaj said.

For internationalization of the Indian economy, he added that CII will prioritize both exports and inward and outward investments and use CII’s 8 overseas offices for further deepening and elevating our overseas linkages while on technology, the objective will to facilitate R&D spending of 2% of GDP with a higher proportion coming from industry. CII Karnataka has also charted out its theme for the year 2022-23, “[email protected]: Karnataka – Accelerating Transformation through Innovation & Inclusion” with special thrust and focus on Policy Advocacy, Competitiveness, Inclusiveness and sectoral growth initiatives, Bajaj said.