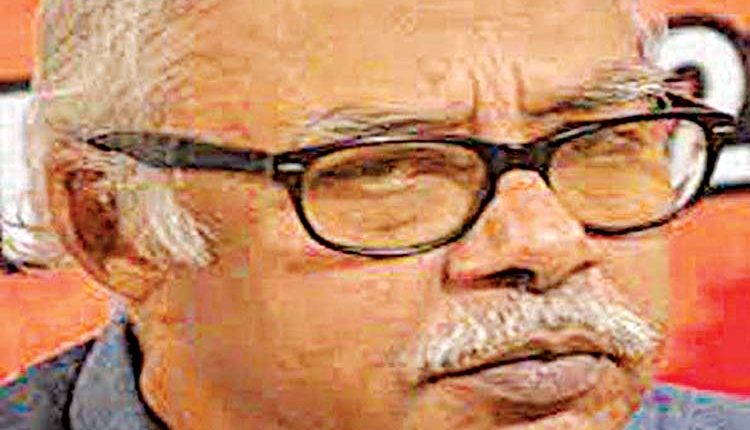 Hyderabad, Jul 25 (Agency) Former Rajya Sabha member and Centre of Indian Trade Unions (CITU) General Secretary Tapan Kumar Sen said the Indian Banking is running into a rough weather and the All India Bank Employees’ Association (AIBEA) and the Unions were playing a crucial role as a watchdog and trying to protect the public sector banking system. Delivering his lecture ‘on the increasing attempts to privatise entire financial sector and the challenges before us’ on the 23rd day of the month-long AIBEA National Webinars to commemorate the 52nd anniversary of Bank Nationalisation on theme ‘Vibrant Banking for Vibrant India’ and focus ‘people’s money for people’s Welfare’, on Friday night, Mr Sen said he has not come to give input because, AIBEA being the biggest organisation of bank employees, is by itself an input.

He said the BJP-led NDA government at the Centre is trying to privatise all the public sector units including the financial sector and added that Banking industry is one of such sectors slated for privatisation. Today, we have seen the demonstrations against the designs of the present government to corporatize the Ordnance Factories. Only a few can invest in the defence sector among the Indian Corporates due to the huge investment and therefore, it would mean that the defence sector would be thrown open to the foreign multinationals, which will jeopardise the country’s defence, Mr Sen, also the CPI-M Politburo member said. In 1991, when the neo-liberalisation policies were adopted by India, the international finance capital played a dominant role. The international finance capital wants the banks and financial sector to come out of the public sector so that they can lay their hands on them, he said and congratulated AIBEA and other unions in the banking sector for fighting against the ill-advised banking sector reforms or else, banks would have been privatised a long time ago that started with the recommendations of the Narasimham Committee followed up by many other Committees.
The bank employees’ movement is on the field and more than 48 strikes have been observed by bank employees including their participation in the strikes called for by the Central Trade Unions.

It is because of such fights that the public sector banks are still in the hands of the government. We cannot give the Centre a walkover and we have to fight. Now the present Modi Government is targeting all the public sector units for privatisation in a desperate move with the aim to sell them to private hands. So we have no alternative than to fight back, the CITU General Secretary said. Mr Sen said the kind of crisis that the global capitalism is facing today and in this kind of situation, along with the crisis, the desperation and speed of the government are increasing. So we find Finance Minister Nirmala Sitharaman announcing privatisation of Public Sector Banks and other public sector units. It is nothing personal against Prime Minsiter or Ms Sitharaman but it is a fight against the International Capitalism. He said after the Nationalisation of banks, the rural areas of the country saw the branches of the public sector banks getting opened. Simultaneously, Insurance Sector—both Life and General Insurance, also catered to the need of the common man. The shift from the private holdings in the financial sector to the nationalisation of insurance and banks was due to the divide in the ruling class, on the one side wanting to develop the economy and its rural areas and the other trying to support the capitalists. With the unions fighting on the streets and democratic forces fought inside the Parliament, the nationalisation of banks had happened. The Nationalisation of Banks generated employment unheard of in the country. Besides that, the Nationalisation of Banks spread its wings to all the nook and corners of the country and also lending to the needy sector with social objective in the form of priority sector lending, Mr Sen added.