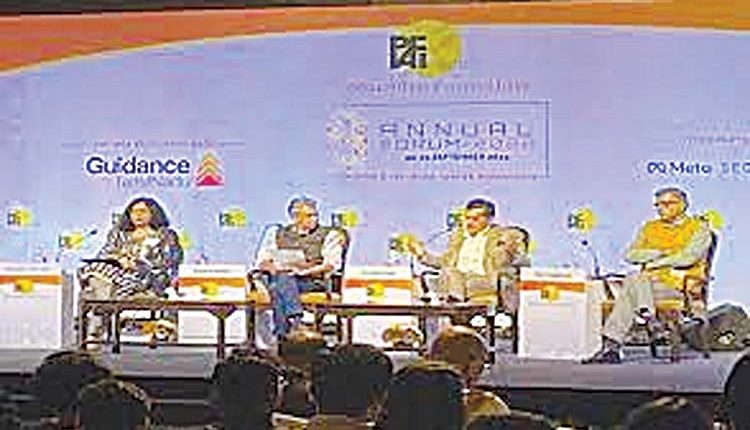 New Delhi, Sep 23 (FN Agency) With huge opportunity for battery storage, India can become a two- and three-wheelers exporting hub, India’s G-20 Sherpa Amitabh Kant said on Friday. Presenting his foresight of making India an exporter of renewable and green energy at the 9th Annual Forum of the Public Affairs Forum of India (PAFI) here, Kant, who is also the CEO of NITI Aayog, said India has no competition in this field, thereby opening the way for it to become a mega-producer of green energy. Kant said if the companies continued to take climate action, it would attract more capital speeding up the growth of the nation. He said for India, climate action is not a challenge, but an opportunity.‘It’s for two reasons – First, we are blessed in terms of climate and our entrepreneurial ecosystem.

And the second is that India will become the first country to be industrialized without carbonizing, only with green hydrogen,” he said. While talking about India’s agenda at G20, he said that India’s G20 presidency came at a time when there were multiple challenges in the world, including the Russia-Ukraine war, the China-Taiwan crisis, global supply chain disruptions, trade slowdown, high global debt, inflationary pressures etc. Kant said India would bring growth at the central stage and asserted that the reforms carried out by the government in the last five years have put India on a growth trajectory for many decades to come. He pointed out that a study by Price water house Coopers (PWC) suggests that India will be the second largest country in terms of the size of its economy.

He said India needs to work on three areas – She should create a digital model replicable for other developing countries to follow; Achieve SDG by Digitization and Call for action against climate change as per the ‘Panchamrit’, announced by Prime Minister Narendra Modi in Glasgow. Stressing the need for digitalization, he said in the year 2021, India’s real-time transactions moved up to a staggering 48.6 billion, almost three times that of China and close to seven times more than the combined payments volume of the world’s leading economies, including the US, UK, Canada, France, and Germany.