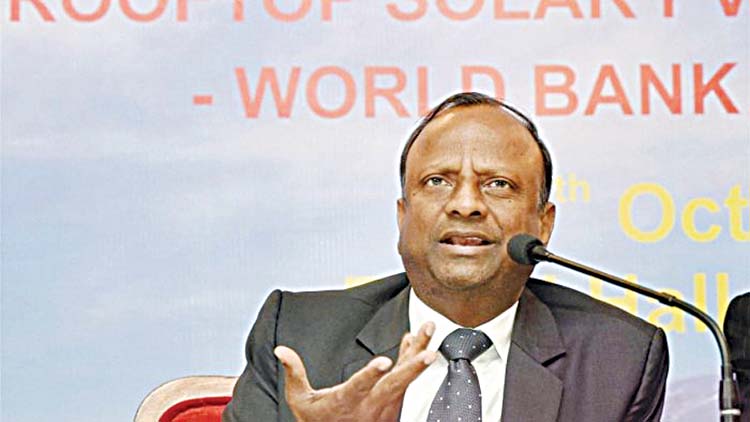 New Delhi, Sep 23 (Mayank Nigam) Former State Bank Of India Chairman Rajnish Kumar on Friday called for increasing private sector participation in the banking sector. Speaking at the 15th Banking Colloquium organised by Confederation of Indian Industry Eastern Region, Kumar enunciated how consolidation of the public sector banks and privatization of the banking sector will be the mainstay strategy of the Indian government. He spoke about the banking sector’s recovery and the tremendous steps taken by the Government of India and the Reserve Bank of India in managing the economy. “RBI came out with a slew of measures despite bankers not liking it,” he added.

Tackling questions on lowered savings bank deposits owing to low interest rates at 2 per cent-3 per cent, Kumar suggested that savings accounts are the costliest to manage for the banking sector. He said fixed deposits are available instead with higher interest rates. His comment comes at a time when banking consumers’ preference to invest in different instruments like mutual funds, bonds, Systematic Investment Plan (SIPs) has outgrown savings bank deposits. Responding to questions on security challenges being faced by legacy banks because of digitalization because of fintechs taking over the consumer of their own clients, Kumar implored the legacy banks to create an ecosystem where digital innovation can be implemented as quickly as the fintechs. Hardik Mukesh Sheth, Director Banking Operations, Department of Financial Services, Government of India, lauded CII for its role in bringing issues and solutions to the fore.

Speaking about the economy, he mentioned about the positive growth and the Government’s commitment to build multimodal linkages through the PM Gati Shakti. “Government is concerned on logistics. PM Gati shakti is a multimodal connectivity plan. Banks should reduce the brick-and-mortar method of banking and socialise digital banking across the country. The Ministry of Finance’s goal is so that no public sector bank are under PCA (prompt corrective action); we brought the central bank of India out of PCA. NPA levels have dropped, and was at 1.65 per cent for all commercial banks.” Ashok Sahoo, Adviser, Department of Economic and Policy Research, Reserve Bank of India, spoke about its focus on economic recovery after pandemic for various sectors. For the MSMEs, Cash Reserve Ratio (CRR) exemption for exposures up to INR 25 lakhs, special refinance facility included INR 16000 cr etc. were made available. The Eastern Region has the highest MSME population at about 16 percent of the country. Speaking on the huge volatility in the market, Prashant Kumar, Managing Direct & CEO, Yes Bank, said the situation is “beyond our control.

When inflation was previously going up it was either production or fiscal issue. This time it was COVID19, and international political issues.” He was upbeat about India’s position compared to other developed countries and there is an uptick in the idea of Make in India. “We need to be very agile in terms of responding. We are seeing NBFC as our partners.” “No central bank will be able to manage currency when dollar index is at an all-time high in 20 years,” said C Sreenivasulu Setty, Managing Director International Global Market, State Bank of India. However, according to him the headwinds were that crude prices were moderating. Rupee will remain 80-81. Importers were being asked to hedge. S K Nagpal, CEO, IIFCL Asset Management Co Ltd said that overall the economy was passing through tough times. He said the Government of India has been taking steps to comfort lenders. A Board has been constituted by the Government.

For every fraud to be sent to the law enforcement agency, it has to go through the board. There was an amendment in Prevention of Corruption Act where there was no sanction required for prosecution previously. That scenario has changed, and more governance is in place. The 15th Edition of the CII Banking Colloquium was based on the theme on “Economic Revival and the changing regulatory landscape” and saw a huge turnout from various industry sectors to deliberate on the various recovery and resilience measures that would be undertaken by policymakers in the government and industry. A CII – Brickworks Report titled Indian Economy – On Track was unveiled at the Colloquium.