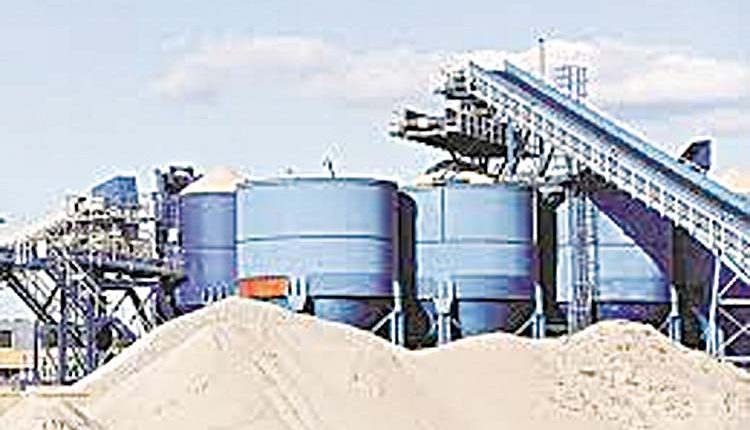 Chennai, Nov 7 (Representative) India Cements Vice-chairman and Managing Director N.Srinivasan today said the performance during the quarter was significantly impacted due to spiralling increase in the price of input materials resulting in higher cost which could not be compensated in the market due to huge supply overhang. Talking to reporters here to announce the Q2 results, he said this was compounded by the loss of volume as some of the markets were not commercially viable due to high cost of production. All these factors adversely affected the profitability with the company recording the largest loss in a quarter. The company closed second quarter of FY23 with a net loss of Rs.137.58 crore. He also said the situation is better now and price hikes can be carried out. The first quarter of FY24 will be better. For the Q2FY23, India Cements registered an operational revenue of Rs.1,254.65 crore (Q2FY22 Rs.1,190.17 crore) and a net loss of Rs.137.58 crore (Rs.21.97 crore profit). Srinivasan said as far as the cement industry is concerned, while there was significant pick up in the economic activities and consumption of cement in the first quarter of the current fiscal at around 17% over that of last year, the demand went through a phase of sluggish growth of 2.1% in July’22 and 1.8% in August’22 finishing the first five months at around 10% growth only due to extended monsoon.

It should be noted that the second wave of pandemic had hit the southern states in particular in the previous year and hence the growth rate in cement demand was substantially higher in the first quarter at 50%, while during the second quarter it came down to 14% only. The continuous increase in the cost of production through increase in the price of coal and petcoke along with increase in the price of diesel and packing materials peaked during the current quarter. The exchange rate of dollar also went up with a depreciation of around 10% in rupee value. The increase in the cost could not be compensated as the selling price was continuously under pressure. This uncompensated cost increase affected the industry in general with operating margins coming down sharply. While all India peers had a reasonable increase in the volume as well as increase in the selling price to partially offset the cost increase, the industry in south had to bear the brunt of severe cost push without any improvement in selling price of cement. The overall volume of clinker and cement for the company was at 22.54 lakh tons for the quarter as compared to 23.60 lakh tons on YOY. For the half year ended September 30, the overall volume was up by 17% at 49.26 lakh tons as compared to 43.05 lakh tons in the previous year. It is to be noted that the company has a basket of plants of various vintage and technology with varying operating parameters of power and fuel and hence the impact of cost of production on account of coal price, diesel , etc. was much higher as compared to some of the peers.

This was also compounded by the fact that the blended cement proportion came down in the overall mix with more demand for OPC for infra activities, roads and metro rail in the south. With a lower capacity utilization of around 60% only along with uncompensated cost increase, impact on the bottom line was severe. The company as a prudent policy withdrew despatches to east and far east markets and low contributing areas of Maharashtra during this quarter. All contributed for a lower growth as compared to peers. The cost per kcal of fuel went up from around Rs.1.60 per kcal in the same quarter of the previous year to as high as Rs.3.26 per kcal and the average rate of power moved up by more than Rs.2 per unit resulting in increase in cost of production by more than Rs.1300 per ton during the quarter while increase in NPR was only Rs.390 per ton resulting in a negative EBIDTA of Rs.87 crores for the year as compared to Rs.137 crores of EBIDTA in the previous year. The interest charges were at Rs.66 crores (Rs.51 crores) while depreciation was at Rs.54 crores (Rs.56 crores). The consequent loss before tax was Rs.207 crores as compared to a profit of Rs.29 crores in the previous year. After taking into account the deferred tax adjustments, the total comprehensive loss for the quarter was Rs.137 crores as compared to an income of Rs.22 crores in the previous year. On sale of investments, Srinivasan said the Company had earlier invested in Springway Mining Private Limited in December 2018. The Company has signed an Share Purchase Agreement (SPA) on October 10, 2022 for the sale of the said investment in full to JSW Cement Limited. The Company will receive in total Rs.603 crores comprising consideration towards sale of investment and repayment of the debt. This will give the company much needed financial support.

The operating parameters are expected to improve with the much needed maintenance being carried out in some of the plants. With all these initiatives, it is reasonably anticipated that the performance could be better in the months to come barring the influence of northeast monsoon in Tamil Nadu and Andhra Pradesh. The above results were taken on record by the Board of Directors at their meeting held today. On the outlook, he said the Finance Ministry, RBI and other agencies have reassessed GDP growth to be around 7 per cent in 2022-23 against 7.2% to 7.4% projected earlier. This is in the wake of the global headwinds and risks created by the on-going Russian-Ukraine war casting shadow on recovery. Economy is also stressed by domestic inflationary concerns, interest rate hikes, depreciating Rupee value against US Dollar and cost pressure. Although the overall cement demand is expected to be buoyant due to private sector house building and construction activity and the Centre and Southern States giving push to infrastructure projects, there is substantial over capacity in the south waiting to be utilised. The industry in the South is also still unable to assess the price situation and availability of thermal coal although some moderation is expected in price. It is also expected to face the higher cost of fuel, power tariff and logistics and the consequential impact on all other materials including packing. Industry is unlikely to get any relief on account of power and fuel in the ensuing quarters. The Industry’s future is dependent on how much of cost increase it can pass on which is uncertain at the moment.