In coming budget should be able to eradicate poverty as well as reduce economic disparity in the country: Dr Kate 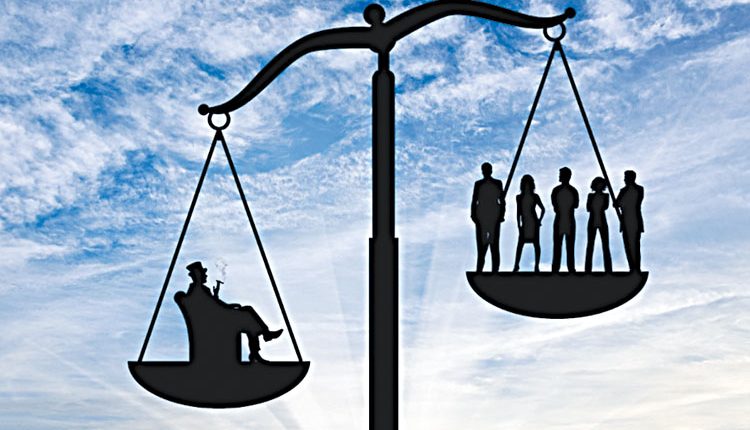 Aurangabad, Jan 24 (Agency) Aurangabad based economic experts, social workers as well as businessman Dr D S Kate on Tuesday opined that,in the coming budget should be able to eradicate poverty as well as reduce economic disparity in the country. Dr Kate talking to UNI stated that,the Union Budget is being presented on February 1by finance minister Nirmala Sitaraman. An open world policy allows free trade of goods, services, capital, labor, research and technology around the world. Many countries have come down in this trend of globalization. In such a situation, the budget structure is changing all over the world, he said. He expressed concern that, the gap between rich and poor is increasing day by day. At the same time, although the gross national income is seen to be increasing, the per capita income does not show any growth potential.

That is Economic disparity-poverty are the main two crises facing the country’s economy. According to Oxfam report, 50 percent of people own only 3 percent of wealth. So 40 percent of wealth is owned by 1 percent of people in the above ranking. He further said that ,Poor than the rich; they pay more taxes on food and other goods, that is Indian economy is dependent on middle class as well as poor class, he pointed out. It is precisely those who are paying heavily through indirect taxes who are facing poverty today. The budget coming in line with this should be able to eradicate poverty as well as reduce economic disparity. Our country has won the honor of producing the most sugar in the world.

At the same time, our country is at the second place in the production of food grains and it is necessary to increase the export of this. One of the biggest issues related to common people and people’s life is increase in fuel price it is expected to reduce goods and service tax on fuel so that like one country one tax everywhere petrol diesel will be available at same rate,he suggested. As the scope of goods and services tax has increased across the country, it is roughly 26 percent higher than last year,he said. As these aspects are positive, the public is expected to get relief by reducing the rates and stages of goods and services tax. Compared to other countries, we have very less insurance coverage as well as health insurance.To encourage this, a tax deduction of up to 3 lakhs is expected under 80C. Goods and service tax on essential items, daily food should be reduced or waived so that the burden does not fall on the poor. Through this, their savings will go towards uplifting the standard of living. Dr Kate also said ,to give full exemption in income tax to those who have income up to ten lakhs per annum. Instead the customer should be charged only registered fee up to Rs.1000.

So that even the small businessmen will be freed from the fear of income tax and the income tax payment form should also be informative. Businesses will become a major component of the Indian economy after this change will lead to a boom in business. The bitter experience of big industrialists and the financial scams committed by them are recent, it seems that the government is expected to reduce their facilities and give facilities and concessions to small businessmen,added Dr Kate. It may noted that Dr Kate penned several books on Indian economy in past and also was honoured on numbers of occasion for presenting reaserch papers on economy on international level and social work.