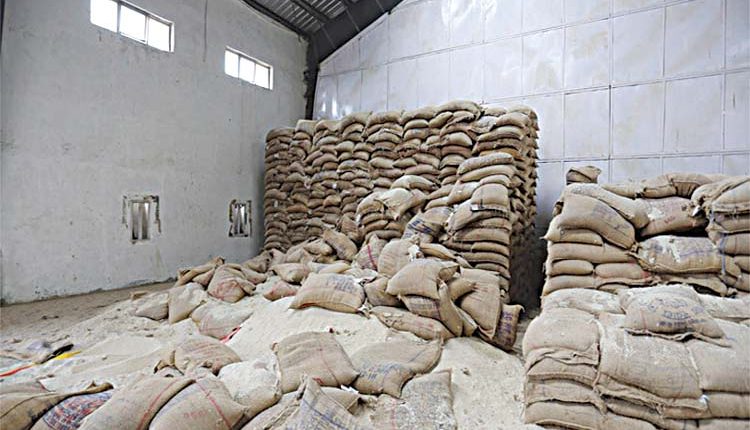 New Delhi, May 2 (Agency) The government on Saturday said that the rate of rice that is made available by the state-owned FCI to distilleries for production of ethanol will remain unchanged at Rs 2,000 per quintal during this fiscal year. The government has fixed target of 10 per cent blending of fuel grade ethanol with petrol by 2022 and 20 per cent blending by 2025. This is aimed to boost agricultural economy, reduce dependence on imported fossil fuel, save foreign exchange on account of crude oil import bill and reduce the air pollution, an official statement said.

To increase ethanol production, the Centre has allowed use of maize and rice with FCI (Food Corporation of India) for production of ethanol. The government has declared that rice available with FCI would continue to be made available to distilleries in coming years. ‘For FY 2021-22, government has decided to continue the price of FCI rice to Rs 2,000/quintal for production of ethanol,’ the statement said. This will give confidence to industry about the stability in raw material price and its availability, it added. The government has fixed price of ethanol produced from maize at Rs 51.55/litre, while ethanol from the FCI rice at Rs 56.87/litre for supply in 2020-21.

To support sugar sector and in the interest of sugarcane farmers, the Government has also allowed production of ethanol from B-Heavy Molasses, sugarcane juice, sugar syrup and sugar. It is encouraging sugar mills to divert excess sugarcane to ethanol. In previous sugar season 2019-20, about 9 lakh tonnes of sugar was diverted to ethanol. In current sugar season 2020-21, it is likely that more than 20 lakh tonnes of excess sugar would be diverted to ethanol. ‘By 2025, it is targeted to divert 50-60 lakh tonnes of excess sugar to ethanol, which would solve the problem of high inventories of sugar, improve liquidity of mills thereby help in timely payment of cane dues of farmers,’ the statement said. In past three sugar seasons (October to September) about Rs. 22,000 crore revenue was generated by sugar mills/ distilleries from sale of ethanol to OMCs (oil marketing companies). In current ethanol supply year 2020-21 (December to November) to achieve 8.5% blending target, about 325 crore litre ethanol is required to be supplied to OMCs. As on April 26, about 349 crore litres ethanol have been allocated by OMCs to sugar mills/ distilleries, of which contracts of about 302 crore litres have been signed by distilleries and 124 crore litres have been supplied. The government is making efforts to ensure achievement of blending target. Also, in the next ethanol supply year 2021-22, it is likely to supply more than 400 crore litres of ethanol to OMCs to achieve 10per cent blending.