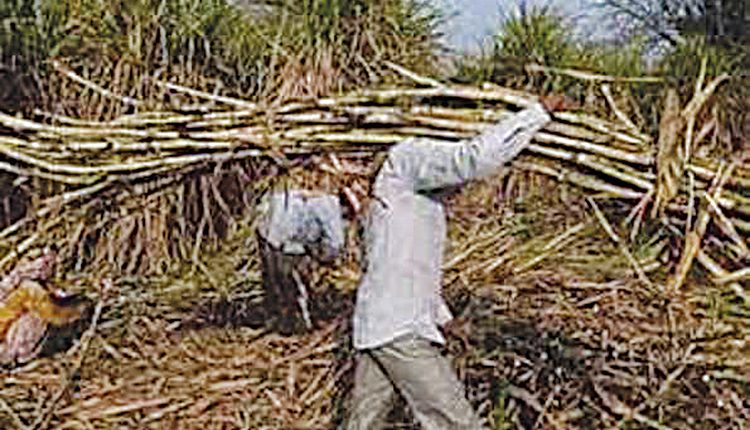 New Delhi, Aug 3 (Agency) The government on Wednesday approved Rs 305 per quintal as Fair and Remunerative Price (FRP) for sugarcane for sugar season 2022-23 (October-September). The government fixes FRP of sugarcane to ensure guaranteed price to sugarcane growers when they sell their produce to sugar mills. An official statement said that the government has increased FRP by more than 34% in the past 8 years to increase farmers’ income. “Decision will benefit 5 crore sugarcane farmers (Ganna Kisan) and their dependents, as well as 5 lakh workers employed in the sugar mills and related ancillary activities,” the statement said.

It further noted that FRP was only Rs 210 a quintal in sugar season 2013-14 and only about 2,397 lakh metric tonne (LMT) of sugarcane was purchased by sugar mills. “Farmers were getting only about Rs 51,000 crore from sale of sugarcane to sugar mills. However, in past 8 years Government has increased FRP by more than 34%. In the current sugar season 2021-22, about 3,530 lakh tons of sugarcane worth Rs 1,15,196 crore was purchased by sugar mills, which is at all time high,” the release said. As per government estimate, more than 3,600 lakh tons of sugarcane is likely to be purchased by sugar mills in the ensuing sugar season 2022-23 for which the total remittance to the sugarcane farmers is expected to be more than Rs 1,20,000 crore. “The Government through its pro-farmer measures will ensure that sugarcane farmers get their dues in time,” the statement said. India has surpassed Brazil in the sugar production in the current sugar season. With the increase in the production of sugar in past 8 years, India apart from meeting its requirement for domestic consumption has also consistently been exporting sugar which has helped in reducing the country’s fiscal deficit. In the last four sugar seasons 2017-18, 2018-19, 2019-20 and 2020-21, about 6 LMT, 38 LMT, 59.60 LMT and 70 LMT of sugar has been exported, respectively. About 100 LMT of sugar has been exported till August 1, 2022 in the current sugar season 2021-22 and export is likely to touch 112 LMT.