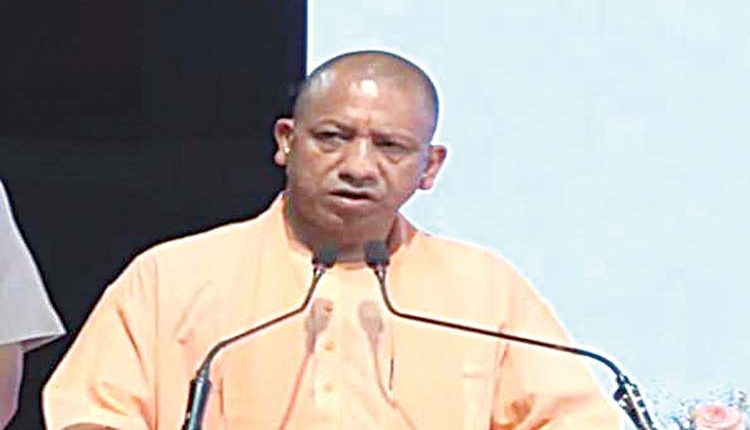 Lucknow, Oct 8 (Representative) Uttar Pradesh Chief Minister Yogi Adityanath on Saturday said that good infrastructure is the backbone of the economy therefore the state government is emphasising on developing a world class road network in the state. He said, “From wherever you enter in UP, you will get four-lane connectivity.” Addressing the inaugural session of the 81st Indian Road Congress (IRC 2022) at Indira Gandhi Pratishthan organised by UP Public Works Department, the CM said that UP is moving ahead in the field of infrastructure under the inspiration and guidance of the Prime Minister Narendra Modi. As many as 2500 representatives of national and international companies related to road construction are participating in this convention which will continue till October 11. UP is hosting the IRC for the fifth time. The CM in his presidential address said, “In this Amrit Kaal of independence, UP has been elected for the 81st session, I thank you all for this. The strength and confidence with which Nitin Gadkari focused on infrastructure development under the guidance of PM Modi is today seen as a model. We started work in UP taking inspiration from the manner in which the country progressed in the field of road infrastructure in the last eight and a half years. We realised that if the income of 25 crore people has to increase manifold, then we have to focus on infrastructure. On that basis, we proceeded with our programmes and focused on interstate connectivity the most.

“He said that infrastructure is the prerequisite for boosting the economy. “To attract industrial investment, it is necessary that the state not only provide better law and order, but our administrative machinery also should take timely decisions and carry forward the activity of Ease of Doing Business. Along with this, we should also lay a network of world class expressways,” he said. Yogi said, “We did not stop or bow down in front of Corona and I am happy to inform you that the government has successfully connected two backward regions, Purvanchal and Bundelkhand, with world class expressways even during the pandemic. Apart from this, the 12-lane Delhi-Meerut Expressway was not only built, but also dedicated to the nation. Along with this, today UP is the front runner in implementing FDR technology. Our rural roads are being built with this technology. With this we are building more sustainable roads at a cost three times less than in the past.”Addressing the technical experts attending the convention, the CM said that though Indian society worships Lord Vishwakarma, when it comes to technology, we often look to other countries.

“We should brainstorm on this. Our technical experts are sometimes stereotypes. We should think afresh and adapt ourselves to the new situation,” he said. He also announced to award medals, on behalf of the state, annually for innovative ideas in road infrastructure on the occasion. He said that every year IRC through its convention rewards some of the innovative ideas in road infrastructure. The CM said, “I announce to award the UP Medal for Innovative Technology in Road Technology and Infrastructure. I will ask IRC to issue it every year on behalf of the UP government. Whatever the cost is, it will be borne by the UP government. “He said that every year many people lose their lives due to engineering defects. “There had been about 23,600 deaths inside UP during an epidemic like Corona, but if we talk about road accidents, then 20,000 deaths are taking place every year. These deaths are the biggest challenge before us. I want all of you technical experts to brainstorm on how we can reduce road accidents by using technology in this session,” he said.

Up to us to get the job done, says Bibiano Fernandes ahead of Saudi Arabia clash