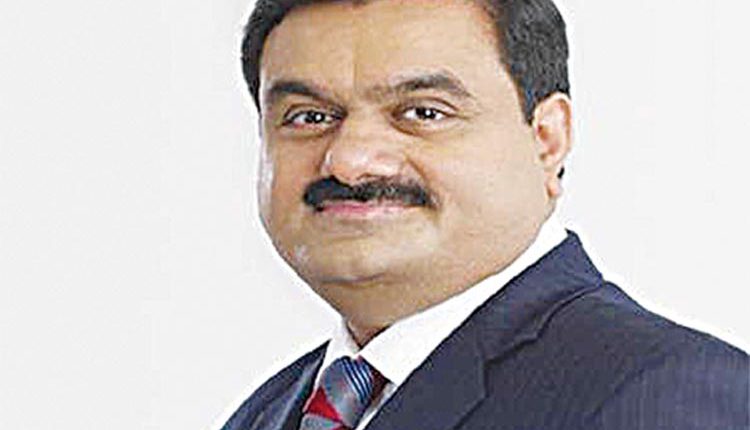 New Delhi, Sep 27 (Mayank Nigam) The FDI inflow in India is expected to cross 100 billion dollars in this ongoing year, setting up another record, said Gautam Adani, the Founder and Chairman of the Adani Group, which ranks among the top 3 industrial conglomerates in India. Last year, India recorded its highest annual FDI inflow of 84 billion dollars, Adani said in his speech at the 20th Forbes Global CEO conference in Singapore, on Tuesday. While this journey of India’s growth to date has been driven largely by domestic investments, we recognize that an economy needs both domestic and foreign direct investment, he said in fact, India’s FDI inflows have increased over 20-fold since the year 2000. There could be no better sign of the increasing global confidence in India.

“I expect the flow of FDI into India to further accelerate and rise above 500 billion dollars over the next 15 years – making India by far the world’s fastest growing destination for FDI” , he opined. This confidence of a nation is also reflected in the scale of the decisions corporates make, he said this has been the case with the Adani Group as we benefit from a rising India. Outline the primary areas that will define our strategic direction – both within India and then beyond India’s borders, Adani said that at the top is Energy Transition – followed by Digital Transformation. As a Group, we will invest over 100 billion dollars of capital in the next decade. We have earmarked 70 percent of this investment for the Energy Transition space, he said that we are already the world’s largest solar player and it is our commitment to invest 70 billion dollars in an integrated Hydrogen-based value chain.

In addition to our existing 20 GW renewables portfolio, the new business will be augmented by another 45 GW of hybrid renewable power generation spread over 100,000 hectares – an area 1.4 times that of Singapore. This will lead to commercialization of three million metric tons of green hydrogen, said Adani. This multi-fold business will see us build 3 giga factories in India. We are in the process of building a 10 GW silicon-based photo-voltaic value-chain that will be backward-integrated from raw silicon to solar panels, a 10 GW integrated wind-turbine manufacturing facility, and a 5 GW Hydrogen electrolyser factory, he said. The fact is India is on the path to be the world’s third largest economy by 2030, Mr Adani said the real India growth story is just starting. This is the best window for companies to embrace India’s economic resurgence and the incredible multi-decade tail wind the world’s largest and most youthful democracy offers. India’s next three decades will be the most defining years for the impact it will have on the world. Today, we can confidently state that we have line of sight to first – become one of the least expensive producers of the green electron – and thereafter – the least expensive producer of green hydrogen.

It is an absolute game changer for India and opens up the unprecedented possibility that India could one day become a net energy exporter, he said. However, while we undertake this uniquely ambitious energy transition journey, we are also making sure that our goals stay equitable with national needs, he said this would not work for India. Even today, India with 16% of the world’s population accounts for less than 7 per cent of CO2 emissions and this ratio continues to fall. Next, our ambitions in the space of Digital Transformation also seek to benefit from the energy transition adjacency< Mr Adani said the Indian Data Center market is witnessing explosive growth. This sector consumes more energy than any other industry in the world and therefore our move to build green data centers is a game changing differentiator. We will interconnect these data centers through a series of terrestrial and globally linked undersea cables drawn at our ports and build consumer based super- apps that will bring the hundreds of millions of Adani’s B2C consumers on one common digital plat form. Once done, the monetization possibilities are endless, he said.. While I have focused on Adani’s renewable and digital businesses, the Adani Group functions as a set of adjacent businesses that act like a giant network.

This adjacency-based business model defines the crux of our strategic direction, he said. Elaborating Adani Group achievements in various business portfolios, he claimed that we are the largest airport operator in the nation with 25 per cent of passenger traffic and 40 per cent of air cargo and also largest Ports and Logistics company in India with 30 per cent national market share. We are India’s largest integrated energy player spanning electricity generation, transmission, and distribution, LNG and LPG terminals, city gas and piped gas distribution, he also claimed and said that we are the highest valued FMCG company following the IPO of Adani Wilmar. We have declared our path forward in new sectors that include data centers, super apps, industrial clouds, aerospace and defense, metals, and petrochemicals, he said. We are the country’s second largest cement manufacturer and our market cap stands at 260 billion dollars – having grown faster than any company ever in India, he added.