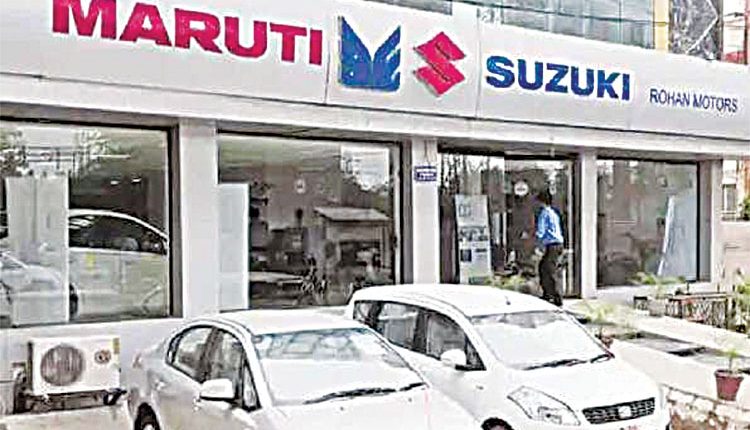 New Delhi, Aug 23 (FN Agency) Fair trade watchdog Competition Commission of India (CCI) has imposed Rs 200 crore penalty on leading carmaker Maruti Suzuki India Ltd (MSIL) for restricting discounts by dealers. The CCI found that MSIL had an agreement with its dealers whereby the dealers were restrained from offering discounts to the customers beyond those prescribed by it.

“The Competition Commission of India (CCI) passed a final order against Maruti Suzuki India Limited (MSIL) for indulging in anti-competitive conduct of Resale Price Maintenance (RPM) in the passenger vehicle segment by way of implementing Discount Control Policy vis-à-vis dealers, and accordingly, imposed a penalty of Rs 200 crore upon MSIL, besides passing a cease-and-desist order,” an official statement from Ministry of Corporate Affairs said Monday. As per the CCI order, MSIL had a ‘Discount Control Policy’ in place for its dealers whereby the dealers were discouraged from giving extra discounts, freebies among others to the consumers beyond what were permitted by MSIL. If a dealer wanted to offer additional discounts, prior approval of MSIL was mandatory. “Any dealer found violating such Discount Control Policy was threatened with imposition of penalty, not only upon the dealership, but also upon its individual persons, including Direct Sales Executive, Regional Manager, Showroom Manager, Team Leader, etc,” the order noted.

To enforce the Discount Control Policy, MSIL appointed Mystery Shopping Agencies (MSA) which used to pose as customers to MSIL dealerships to find out if any additional discounts were being offered to customers. If found offered, the MSA would report to the MSIL management with proof (audio/video recording) which, in turn, would send an e-mail to the errant dealership with a ‘Mystery Shopping Audit Report’, confronting them with the additional discount offered and asking for clarification. “If clarification was not offered by the dealership to the satisfaction of MSIL, penalty would be imposed on the dealership and its employees, accompanied in some cases, by the threat of stopping supplies. MSIL would even dictate to the dealership where the penalty had to be deposited and utilisation of the penalty amount was also done as per the diktats of MSIL,” found the CCI. “Thus, CCI found that MSIL not only imposed the Discount Control Policy on its dealers, but also monitored and enforced the same by monitoring dealers through MSAs, imposing penalties on them and threatening strict action like stoppage of supply, collecting and recovering penalty, and utilisation of the same,” the competition watchdog said. “Hence, such conduct of MSIL which resulted in appreciable adverse effect on competition within India, was found by CCI to be in contravention of the provisions of Section 3(4)(e) read with Section 3(1) of the Competition Act, 2002,” it concluded.