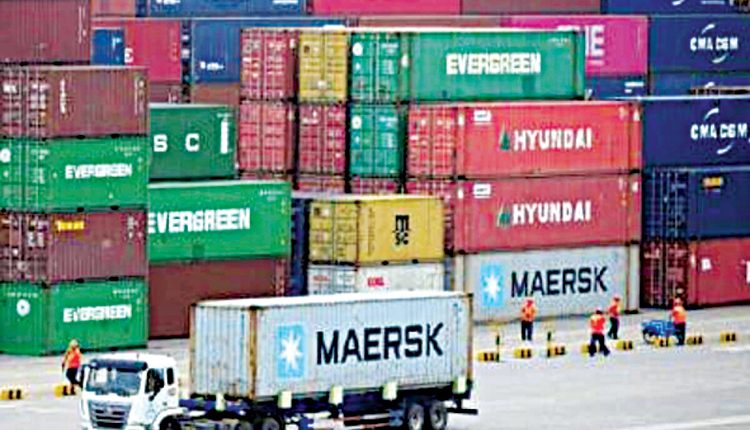 ● Fear buyers may shift to other markets

New Delhi, Aug 19 (Bureau) The 200-400 per cent increase in sea freight charges is fast eroding exporters’ profitability thus partially negating the gains from high double-digit growth in outward shipments and leaving little funds for capacity expansion. Some of the exporters fear that their buyers could shift to other markets such as China and Vietnam for importing a variety of items. “The freight increase in the last one-and-a-half years has been in the range of 200-300 per cent to most of the destinations though to some West African countries, the freight has gone up by over 400 per cent,” Ravi Uday Bhaskar, Director General of Pharmaceutical Export Council of India (Pharmexil) told UNI. Bhhaskar added that a lot of exporters have contracted on C&F and CIF basis and thus have to absorb freight hikes which will erode their entire profitability. Cost & Freight (C&F) in logistics parlance refers to the seller paying for the shipping, but not for insurance.

Cost, insurance, and freight or CIF represents the charges paid by the seller to cover the costs, insurance, and freight of a buyer’s order. Sharad Kumar Saraf, former president of Federation of Indian Export Organisations (FIEO) and Chairman, Technocraft Industries (India) Ltd said that freight cost had increased by a minimum 300-400 per cent on major trade routes such as India-US and India-Europe. He said that the issue of high freight rate has been there for quite some time now but the situation has become more acute in the last three months as it is being raised almost on daily basis. “We don’t see the situation improving in the near future. At the moment, containers are being used for storage. Containers are held up at the US and European ports due to congestion,” he said. Talking about the reasons behind the sudden freight rate spike, Saraf said that shipping companies had a very bad time during the pandemic and hence they perhaps did not order new vessels or increase their capacity. “Earlier, the cost of freight (per container) was US$1,500. Then, it went up to US$3000 and then to US$4,000. Now it is more than US$10,000.

So, freight has almost become a percentage of the product cost. A container stuffed with engineering goods would not have a value of more than US$45,000-50,000. So, freight is almost 20 per cent of the cost,” Saraf noted. He fears that the buyers may soon start their own manufacturing and Indian industry could lose the market permanently. Federation of Indian Small and Medium Enterprises (FISME) president Animesh Saxena noted that freight rates by sea and air had both increased the same in percentage terms. “In pre-pandemic times, the air freight rate used to be around Rs 150-160 a kg. Currently, it is Rs 550 a kg on India-US route. In case of sea freight, if freight cost was US$1,000 per container, it is a minimum of US$3,000 today,” Saxena said. Arun Kumar Garodia, vice-chairman at EEPC India said that freight rates have been pinching a lot since January this year with each month witnessing sharp increase. “Getting containers has been an issue. Even if you get it, the shipping companies dictate their terms. The freight cost which was US$1300-1400 earlier is now US$6,500. It is an increase of five times. The crisis has only been deepening month after month,” Garodia said. For the last 6-8 months, exports from India have boomed helped largely by favourable base effect and strong demands from developed countries. At US$35.17 billion, India’s merchandise exports in July 2021 were the highest ever monthly increase.

Steel, pharma and chemicals left out of RoDTEP due to lack of adequate budget