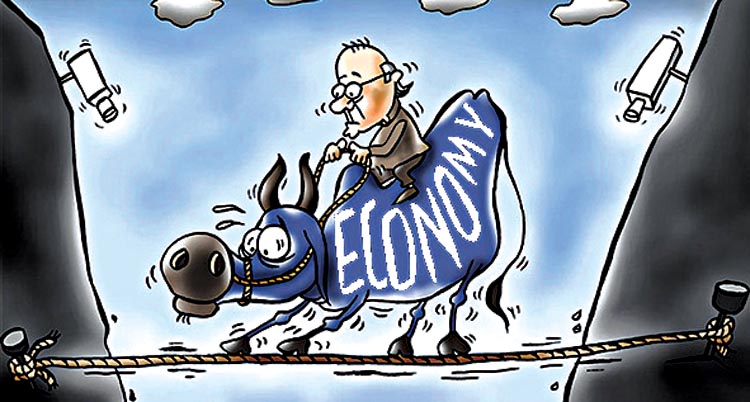 New Delhi, Jul 26 (Mayank Nigam) Economy could revive February 2022 onwards and get back to pre-Covid level with capacity utilisation rising and private sector making investment assuming a third wave of the pandemic does not hit the country, says former Planning Commission Vice-Chairman Montek Singh Ahluwalia. “Small industry will have a very tough time for the rest of this year but I am assuming that if we don’t have third wave, that is a big assumption, then probably from next February onwards the system will get back to where it was in 2019-20 and capacity utilisation would also improve. Probably, private sector having felt that the worst is over will start investing and that will start an upturn in the cycle,” he said while speaking during a discussion titled ‘Navigating the Indian Economy.’ He stated this while responding to a question on steps taken by the government so far to support the MSME sector.

An economist and a key member of the team that rolled out the 1991 reforms, Ahluwalia argued that the government should have gone for higher expenditure without caring too much about fiscal deficit ever since the pandemic started casting a deep and dark shadow on the economy last year. “We should have had more of fiscal stimulus and taken a bit of a risk on fiscal deficit. I don’t think they would have had much of a negative effect internationally. Remember, the US has a fiscal deficit of 10% of GDP. So, it is very unlikely that the world would say that India is a bad boy if all the leading countries are doing the same thing,” he said. “But of course what it means is that when economy gets back to normal we can’t continue with this sort of fiscal deficit,” Ahluwalia added. On structural issues that need to be fixed he emphasised on building quality infrastructure and addressing the bad loan problems of the banks. The former bureaucrat said not enough efforts were being made to ensure flow of investment in the sector. While talking about bad loan pile-up in the UPA-II government, Ahluwalia said in a period of high growth there is generally excessive lending and banks become over ambitious.

“This is politicised a bit too much. …Those currently in government will typically say that this banking sector problem arose during UPA. You know it is true that in a period of high growth you get excessive lending. Banks become over ambitious. They make some bad loans. But when the turnaround has happened you have got to fix the problem. I think we have done nothing to fix that problem. So we have just kicked the can down the road. The banks remain as problematic as they were 5-6 years ago,” he noted during the discussion organised by Align India.