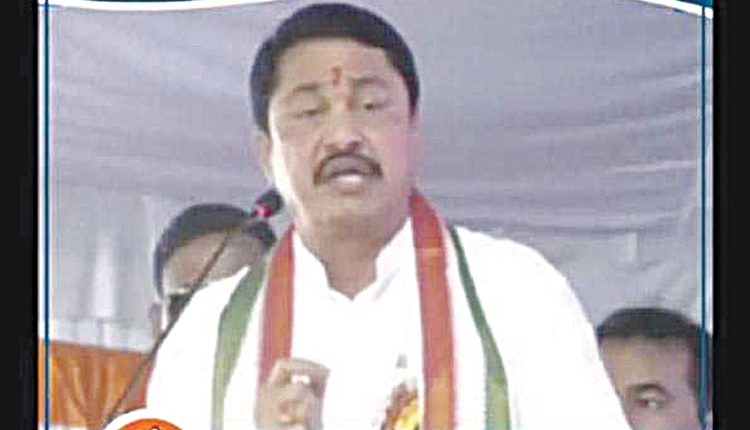 Mumbai Sep 29 ( Representative) The Chief Minister of Maharashtra, which is also the state of Shahu, Phule and Ambedkar has openly stated that he is an agent of Modi-Shah. Industries and investments from Maharashtra are being sent to Gujarat. Now, two ministers of Maharashtra have gone to Gujarat. Did they go there to study how to send industries from Maharashtra to Gujarat? questioned Nana Patole, President, Maharashtra Pradesh Congress Committee.Talking to the reporters in this regard, Nana Patole further said that the Shinde-Fadnavis government in the state is working at the behest of the centre, they cannot take any decision without asking Delhi. Therefore, it is the misfortune of Maharashtra that it has to make trips to Delhi. We have been saying from the beginning that the ED government in the state is unconstitutional. On the other hand, people are suffering from skyrocketing inflation. The middle class has been crushed by inflation and the central government is shirking its responsibility. Union Finance Minister Nirmala Sitharaman is saying that the state government should reduce inflation. The current government in Maharashtra is working at the behest of Delhi so we have to see what they do to bring down inflation as Nirmala Sitharaman said.

The Shinde-Fadnavis government has announced the appointments of guardian ministers after three months. The most serious thing is that six districts have been given to only one Guardian Minister. Is this Guardian Ministers a Spiderman? How will he give time for the development of these six districts? Due to the dispute between these two, the districts will suffer the lack of development. Already this government has stayed development works that were already approved. The situation of the Roads in many districts of the state is very bad. Panchnamas have not been done even though heavy rains have caused huge losses to the farmers, soybeans, vegetables, horticulture crops, everything has been affected. I have seen the situation in many districts of the state including Amravati, Akola, but the apathy of the government is visible. Farmers have not received any help yet. It is seen from their actions that the ED government in the state is anti-farmer. The Bharat Jodo Padayatra under the leadership of Congress MP Rahulji Gandhi is getting great response.

A large number of people will also participate in this padayatra from the districts of Maharashtra where this padayatra will be passing through, said Mr Patole. Left parties, social organizations have announced their support for the march. Apart from BJP, we are trying to invite other parties for this walk. Bharat Jodo Yatra is not a political yatra, he added.The aim of this Yatra is to save the country, democracy and constitution by uniting people of all castes and religions. The atmosphere in the country is changing due to Bharat Jodo Yatra. The response that the yatra has received forced Sarsangchalak Mohan Bhagwat to go to the mosque and meet the imams, Ramdev Baba also welcomed this yatra and this change is good, he added. People are welcoming the simplicity and humility of Rahulji Gandhi, that’s why people’s support is increasing for his yatra. Many negative people are trying to malign the Padayatra and the Congress party, but they will not succeed. People who are scared about the yatra are deliberately spreading rumors about the Congress party and some of its leaders. A large number of people will be participating to make this padayatra the biggest in Maharashtra, he said.