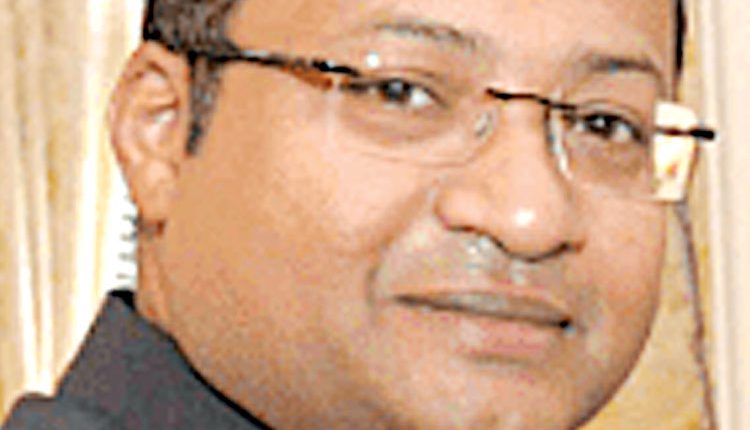 Kolkata, Aug 27 (FN Agency) Integration of Indian companies in the regional supply chains can drive the next phase of growth in trade, helping firms especially MSMEs from both sides to go for economies of scale, said Ambassador of India to the Philippines Shambhu S Kumaran. Underscoring the trade potential between India and the Philippines, Mr Kumaran said that farm equipment and tractors are among one the areas where opportunity is huge. “Agri machinery and tractors can significantly boost trade with the Philippines. Tractors have limited access till now which should be increased. The range and capabilities in Agri machinery from India is huge. The other areas of mutual interest are infrastructure & construction, power transmission, medical devices etc. Electronics items could be imported from the Philippines,” said the Ambassador during the session on “Enhancing India-Philippines Bilateral Engineering Trade.”

As part of the four-day ‘India-ASEAN Engineering Partnership Summit, ‘ the session was organized by EEPC India with support from the Ministry of Commerce & Industry and Ministry of External Affairs. Ambassador of the Philippines to India Ramon S Bagatsing Jr highlighted the growing business engagements between India and the Philippines focussing on infrastructure, renewable energy, pharmaceuticals, engineering goods, marine fisheries and aquaculture. He noted that Indian companies are already sending telecom towers to the Philippines and there was scope to widen this engagement. Bilateral merchandise trade between India and the Philippines increased by over 21 per cent between 2016 and 2018 to reach US$ 2.36 billion but then declined to below US$ 2 billion by 2020 due to economic slowdown in some of the emerging economies followed by the pandemic.

Philippines engineering trade with India also declined in 2020 due to the same reason before exhibiting a rising trend between 2017 and 2019. India is the 13th largest exporter of engineering goods to the Philippines with around a 2 per cent share in the Philippines global engineering import. India’s major engineering items exported to the Philippines include Two and Three Wheelers, Iron and Steel and its products, Auto Components/Parts, Motor Vehicle/cars, Electric Machinery & Equipment and Industrial Machinery among others. Estimated Indian investments in the Philippines, valued at more than US$ 900 million as of September 2019 spread across sectors like Textiles, IT&ITES, Infrastructure (airports), Chemicals, Automobiles and Pharmaceuticals.

During the last few years, Indian companies have successfully executed some small and medium-sized projects in the Philippines. Philippines investment in India has been estimated at US$ 335.40 million between April 2000 and December 2020. Areas of investments include Telecommunications, IT, Real estate and reprocessing of waste and Human resource development (management education). Acting President of Philippine Chamber of Commerce and Industry (PCCI) Edgardo Lacson mentioned the recent visit of the Indian Business Delegation to their Innovation Center in Manila, wherein Indian companies in the Philippines are working with them to train their young graduates as per the requirement of industry. He invited Indian companies to partner with the Philippines in their “Golden Age of Infrastructure” under the US$ 175 billion flagships ‘Build, Build, Build” Program. During the session on trade potential, Joint Director (Policy), EEPC India Saikat Dutta highlighted that 32 pc of India’s exports to the Philippines were from the export of engineering products.

Mr Dutta said that India’s exports to the engineering sector stood at US$ 470 million in 2020-21 that comprised 32.4 pc out of total exports to the Philippines. “India’s Trade complementarity Index concerning the Philippines in engineering has been estimated at 65.2 per cent, which is reflective of a high match in India’s export pattern of engineering goods to Philippines’ import pattern of those goods,” he noted. Mr Norman Macpagal, EEI Corporation invited Indian companies to partner with his company for undertaking projects in the Philippines as well as in other countries. Strategic Services of Atlantic Gulf & Pacific Co. (AG&P) shared their investment journey in India in establishing LNG terminals and managing city gas distribution networks in the southern states of India.