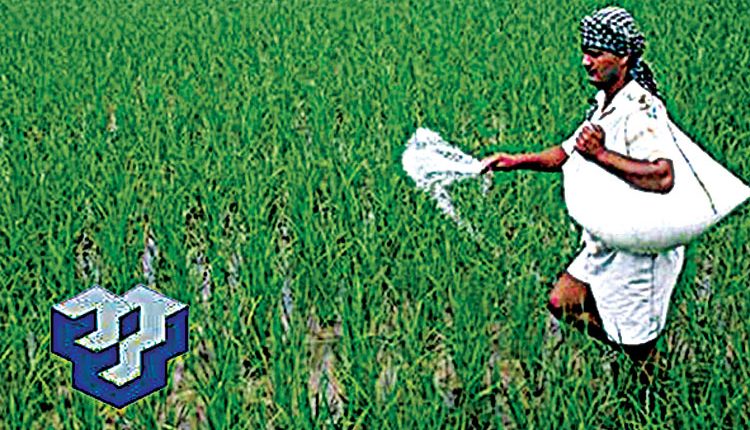 New Delhi, Dec 6 (Agency) A spike in the prices of natural gas and other raw materials is set to inflate the Government’s fertiliser subsidy bill by 62% from Rs 50,000 crore to Rs 130,000 crore in FY202 over what has been budgeted for FY 2021-22, namely Rs 79,530 crore. This increase is notwithstanding a decline of 10% on-year in the sales volume of fertilisers.

The price of natural gas – the feedstock that accounts for 75-80% of the total cost of production of urea plants is expected to rise over 50% this fiscal. For non-urea fertilisers, prices of key raw materials such as phosphoric acid and ammonia are already up 40-60% over last fiscal. All this will have to be absorbed by the government. Hence, CRISIL Ratings estimates that the government’s subsidy burden will increase by Rs 50,000 crore over what has been budgeted for this fiscal. To encourage farmers to use fertilisers for better crop yield, the government keeps their retail sales price (RSP) significantly lower than the market rate, and reimburses the difference to manufacturers through subsidy payments. However, for long, government provisioning for such subsidy payments have been inadequate, which led to regular build-up of arrears that posed a challenge to the sector. However, in FY2020-21, the government cleared the arrears through an additional disbursement of Rs 62,638 crore. Though the government has been proactive given the strategic importance of the fertiliser sector with an additional subsidy of Rs 21,328 crore (Rs 14,775 crore in May 2021 and Rs 6,553 crore in October 2021) for non-urea fertilisers, there will likely be a shortfall of Rs 30,000 crore, largely for urea, says Nitesh Jain, Director, CRISIL Ratings. “There is though, a partial offset available this fiscal because sales volume of fertilisers is expected to decline a significant 8-10%,” he adds.

Sales have been affected this time because the spatial distribution of the southwest monsoon has been erratic. While the cumulative rainfall this season was 99% of the long period average (LPA), its distribution was uneven — 110% in June, 93% in July, 76% in August and 135% in September — which affected sowing. Additionally, the high-base effect created by last fiscal’s sales volume, and limited availability of fertilisers in the international market will also have a bearing. But domestic production won’t be materially impacted because India imports 30% of its fertiliser needs and the lower sales volume will also mean fewer imports. As for profitability, urea makers are unlikely to be affected because the higher cost of gas is a pass-through with the government fixing the RSP. For non-urea fertiliser makers, while the selling price is not fixed, the government pays subsidy as per the nutrient-based subsidy scheme rates.