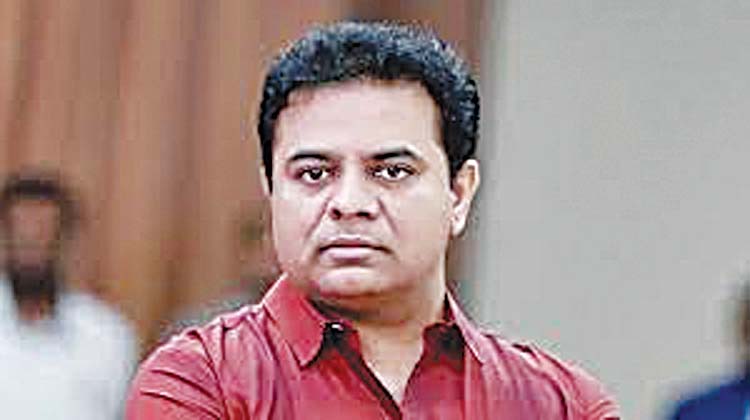 Hyderabad, Sep 23 (Representative) The debilitating impact on farmers, Dalits, girijans, washermen, weavers, barbers, and others would experience if the Central Electricity Bill turned into an Act, Telangana Industries and MAUD Minister KT Rama Rao (known as KTR) said on Thursday. The amendments to the Electricity Act, 2003 — which seek to allow private players in the perpetually loss-making power distribution sector — were introduced in the Lok Sabha last month. KTR said that while farmers will lose free power, SCs, STs, poultry farmers, washermen, barbers, weavers, and others will have to bid good bye to power subsidies. Telangana is a state where farmers cultivate lands relying on power supply. The State has 26 lakh pump sets.

What would be the fate of farmers if free power is not supplied? asked Minister KTR. Addressing a press conference held in Rajanna Sircilla on Thursday, the Minister spoke about the central government’s alleged attempts to privatize power and agriculture sectors, its disastrous impact on farmers and others. He accused central government of pushing to benefit private players. He reiterated Chief Minister K Chandrasekhar Rao’s stand against the reforms in agriculture and power sectors, and the government’s resolution in assembly against the Power Bill. He said that like petrol prices which surge every other day, charges for power too will increase if private companies start distributing power. The prices will not stabilize. If the central government has its way and if the power bill becomes an act, the worst affected State across the country will be Telangana, he added.