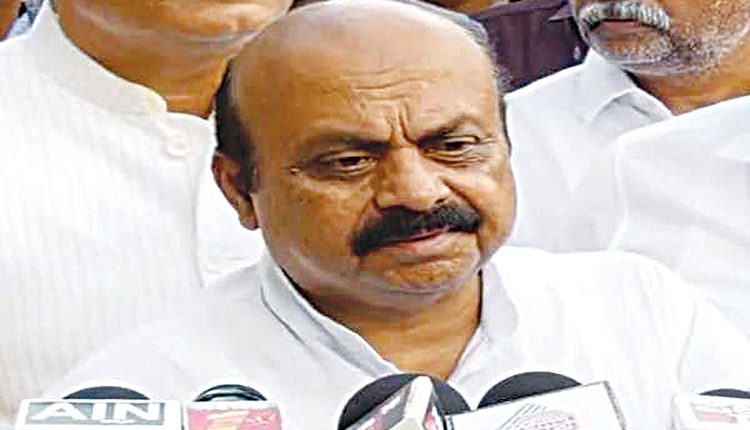 Bengaluru, Oct 18 (FN Agency) Karnataka Chief Minister Basavaraj Bommai on Tuesday suggested forming a vision group involving former Infosys CFO Mohandas Pai and representatives of McKensey to evaluate an action plan for achieving a $1 trillion economy in the state at the earliest. “A vision group should be formed involving the Chief Secretary, ACS to the Planning Department, Mohandas Pai, representatives from FICCI and Mckensey for evaluating an action plan for achieving a $1 trillion state economy at the earliest,” he said. The CM was speaking at the launch of a report titled “Karnataka: A $1 Trillion GDP Vision” authored by Pai and Nisha Holla of 3one4 Capital. The action plan should be ready by December, Bommai suggested. He also recommended development of the coastal corridor considering the enormous potential Mangalore port has for expansion to boost exports. “There is a need to reduce infrastructure costs to promote infrastructure development,” he said.The CM suggested increasing borrowing capacities of people for promoting development and exploring untapped potential of industry to stimulate employment and growth in industry as well as in agriculture and services sectors.

“Both Industry and private sector have to find out-of-the box solutions to break the traditional growth trajectory,” he said. Regular review of the state progress should be carried out under the chairmanship of Additional Chief Secretary-Finance Department on preparing, monitoring and evaluating action plan for achieving US1 trillion dollars, Bommai recommended. Bommai said Karnataka has demonstrated economic resilience during the Covid-19 pandemic and has taken several policy decisions to accelerate growth. “We look forward with great optimism towards reaching the $ 1 trillion target and being an integral part of India’s march towards $ 10 trillion this decade,” he said. As India reaches the $ 5 trillion target by 2026, Karnataka will take measures to grow faster than the all-India GDP and contribute substantially towards these goals, Bommai said. The report calls for a re-evaluation of the state’s growth drivers in the light of the pandemic and the upcoming golden targets of reaching USD 500 billion GDP by 2026 and USD 1 trillion GDP by 2032, from the FY 22 GDP of USD 273 billion (Rs 20 lakh crore).The state is one of India’s foremost employment generators. The EPFO data shows Karnataka produced 13.6 lakh formal jobs in FY 22. 11 percent of India’s total.

Of this, 4.4 lakh were in the age group of 22-25 (new graduates), 13 percent of India’s total.Today, 10 percent of Karnataka’s population is over 60, projected to increase to 15 percent in 2031. The state will soon have an ageing population, supported by a gradually shrinking workforce, barring immigration.A social security net for the growing senior population combined with opportunities to build a highly skilled workforce that supports economic output while the population shrinks will be crucial as the state marches towards the $ 1 trillion GDP target by 2032. This analysis is based on the conservative/achievable growth rates.The report presents a comprehensive analysis of Karnataka’s socio-economic status. It explains various factors that have propelled the state to consistently rank as one of India’s Top 5 state economies. The state has the third highest GDP in FY 22, the highest per-capita income among the larger states, and 66 per cent of its economy comes from services.It also hosts robust agriculture and industry sectors.Karnataka did exceptionally well during the pandemic years, despite the recessionary effect of the pandemic. The state government did well in handling the finances during this trying time and in giving economic sustenance to those in need.