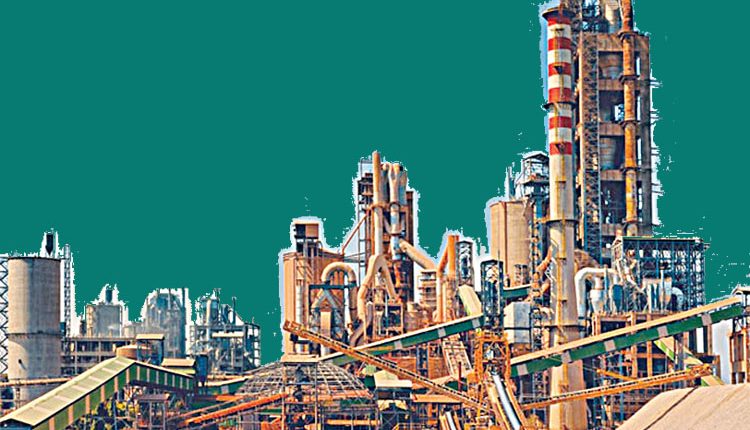 Kolkata, May 13 (Agency) Birla Corporation Limited on Wednesday reported a fourth quarter net profit of Rs 249.33 crore, up 28 per cent from Rs 194.73 crore in the same period last year, as sales by volume jumped 24.5 per cent to 4.17 million tons (MT). Revenue for the three months till 31 March at Rs 2,146.12 crore was up 24.9% over the previous year, which, combined with a capacity utilisation of 108%, made the quarter one of the best ever for the company in terms of production and sales. Overcoming massive disruptions in operations at the beginning of FY20-21 due to the Covid-19 pandemic, Birla Corporation turned in its highest ever full-year net profit of Rs 630.14 crore, up 24.7% over the previous year. Because of the shortfall in sales in the first quarter, the company’s revenue for the full year fell 1.6% year-on-year to Rs 6,885.36 crore. Sales by volume for FY20-21 declined 1.8% to 13.39 mt from 13.64 mt in the previous year. The company’s March quarter EBITDA at Rs 405.53 crore and cash profit at Rs 338.16 crore were also the highest ever. The company has declared a dividend of 100% for FY20-21. Birla Corporation made up for its loss in production and sales at the beginning of the financial year by aggressively rationalising costs. Most notably, finance cost was pared by Rs 91.39 crore, or by 23.6%, to Rs 296.28 crore. The company also benefited from the better than expected recovery in cement demand from the second quarter onwards, especially in the rural sector, which was largely the outcome of the Union government injecting cash into the economy by boosting infrastructure development. In the wake of improved demand, Birla Corporation managed to raise prices during the March quarter, which led to marginal improvement in realisation per ton (see chart), but profitability came under pressure due to a sharp increase in raw material and fuel costs.

While EBITDA/ton for the March quarter was down 10.3% year-on-year, for the full-year it went up 4% to Rs 1,012. Due to cost pressure, the cement division’s profit margin for the March quarter fell to 19.4% from 21.8% in the same period last year. However, for the full year, margin expanded by 80 basis points to 21%. (One basis point is one-hundredth of a percentage point.) The jump in the company’s capacity utilisation in the March quarter was slightly ahead of the rest of the cement industry, but for the full year, its capacity utilisation of 85% (as against 91% in the previous year) was above industry average, estimated at 50-55% by CARE Ratings. Faced with disruption in sales and distribution at the beginning of the financial year, Birla Corporation focused on improving efficiency by addressing weaknesses in its supply chain. The company managed to deepen penetration and broaden its distribution reach by effective use of technology, while scaling back discretionary spending on advertising and marketing. The company adopted a strategy of addressing expectations of all segments of end-users, which paid off handsomely. Whereas on the one hand, the company pushed sales of its premium brands, shoring up the share of their sales by volume within the trade segment to 50% for the full year as against 40% in the previous year, on the other, it scaled up sales of regional brands such as Samrat in the East and Samrat Advanced in Uttar Pradesh.

While the upscale Perfect Plus continued to grow across key markets as the flagship brand, Samrat Advanced witnessed an unprecedented sales growth of more than 300% in eastern Uttar Pradesh. “In the light of the massive disruptions faced at the beginning of the financial year, FY20-21 wasn’t disappointing from the standpoint of profitability. Our performance reflected the resilience we have built over the years to external shocks. We also benefited from the stimulus provided by the government. But in the wake of the second wave of the pandemic, the year ahead looks more challenging. To my mind, India’s ability to contain the pandemic through rapid inoculation and other means holds the key to economic revival,” said Harsh Vardhan Lodha, chairman, Birla Corporation.

Birla Corporation’s gross borrowings stood at Rs 4,046.42 crore at the end of March as against Rs 4,281.95 crore a year earlier, even after investing Rs 644 crore into the Mukutban project during the year. The company’s borrowing cost for the year ended 31 March was 7.83% inclusive of hedging cost for foreign exchange loans, compared with 9.26% for the previous year—a substantial reduction of 143 basis points. By cutting debt and borrowing cost, the company managed to reduce its finance cost for FY20-21 by 23.6% from the previous year. Net debt to EBITDA ratio stood at 2.26 at the end of March as against 2.36 a year earlier. During FY20-21, Birla Corporation managed to substantially reduce its thermal power consumption by shifting to renewable sources such as Waste Heat Recovery System (WHRS) and solar power, whose share in total consumption went up by five percentage points. In FY20-21, WHRS and solar power accounted for 17.2% and 2.8%, respectively, of power consumed for production, as against 14% and 0.9% in the previous year. Birla Corporation focuses on industrial waste absorption as a key business target. The company consumes slag and flyash from power and steel plants for production of blended cement. Volume of blended cement in FY20-21 was maintained at 92% of total sales, the same as in the previous year.

Though consumption of slag and flyash in absolute terms has declined due to fall in production, blending of slag per ton of cement produced has marginally increased during the financial year. Mukutban: The project under implementation at Mukutban in Maharashtra is facing further delays due to the second wave of the Covid-19 pandemic. After a brief spell of satisfactory progress, the company is again facing significant shortage of workers as the pandemic rages in Maharashtra. The 3.9 mt integrated cement plant is now expected to be commissioned by the end of the current calendar year, few months behind the original schedule, because of flight of migrant workers from the project site. Jute division: Birla Jute Mills reported a cash profit of Rs 8.61 crore for the March quarter, compared with Rs 5.54 crore in the same period last year, up 55.4%, thanks to improved profitability. The jute division registered a cash profit per ton of Rs 10,821 in the March quarter, up 60.4% from Rs 6,747 in the previous year, on the back of ramped up sales of value-added goods.

Production during the March quarter was at 7,957 tons, compared with 8,211 tons, down 3.1% year-on-year, due to disruptions in the supply of raw jute and restrictions imposed by the government on inventory of raw materials held by mills. As a result, production per day for the March quarter fell below the full-year average of 111 tons to 109 tons. For the full year, production at 24,907 tons was 30.3% lower than the previous year, while production of high-yielding valued added goods fell 2% to 5,993 tons. Output came down by an estimated 8,760 tons due to loss of operations for 73 working days during the financial year, first due to the lockdown starting in March last year and then due to Cyclone Amphan which seriously damaged factory sheds. Birla Jute Mills reported a cash profit of Rs 21.62 crore for the full year, compared with Rs 22.54 crore, down 4.1%. The division made up for its heavy loss of production by shoring up cash profit per ton from Rs 6,311 to Rs 8,680—a year-on-year growth of 37.5%—by focusing on value-added products. It also helped scale up export revenue to Rs 40.45 crore from Rs 39.07 crore—a year-on-year growth of 3.5%. “The jute business continues to improve its performance with expansion of value-added products,” said Mr Lodha. “These products deliver higher profitability on a sustainable basis,” he added.