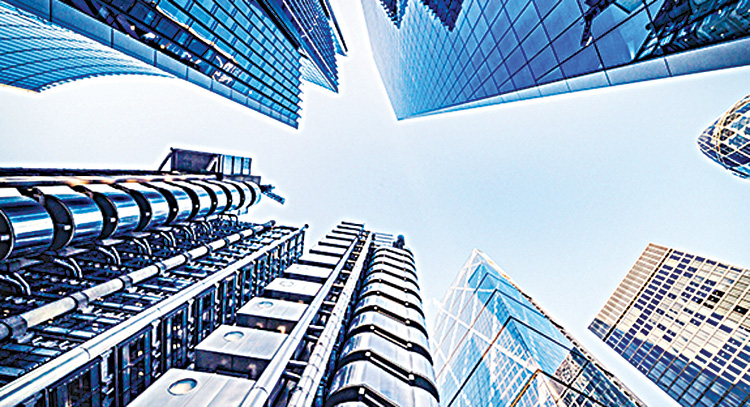 Mumbai, Nov 3 (Representative) Even as banks embark on a journey of digital transformation, they are seeing a rise in requests for credit and loans from corporates which has led to increased competition. Experts have opined that banks must adjust to the new infrastructure paradigm.Rajkiran Rai, MD & CEO, National Bank for Financing Infrastructure and Development (NaBFID), said though certain projects had taken off very favourably, and there were lots of opportunities for banks yet many areas were still taking off, the key example being the Railways.Other infrastructure finance projects included urban infrastructure, healthcare, tourism and inland connectivity. “The pipelines are there but we need to convert these projects to bankable projects,” he said. The bond market is dominated by insurance and pension funds. ”The industry had its task cut out, to create a favourable ecosystem. Only then would lenders bring in equity. Infrastructure funding needs long term assets such as 20-year bonds. For bond markets to thrive, liquidity is needed in secondary markets,” he added. Prasad Gadkari, Executive Director and Chief Strategy Officer, NIIF, said the National Infrastructure Pipeline is about creation of new assets and involves extensive green field and brown field development of assets. ”They require skill in assessing project financing risks. The big sectors under this pipeline are energy, urban infrastructure and railways. The National Monetisation Pipeline is worth about USD 80 billion and is less risky because it involves mainly operating assets.

These include transmission lines, highways and airports. There were also specific opportunities under green financing. Hence banks could actually pick and choose from the various opportunities available. NIIF is tailoring its strategy according to the investment profile,” he said. “India is a land of opportunities,” said Sunil Mehta, Chief Executive, IBA.With its relatively lower level of development, it presents very good scope for investment. But, according to him, “No infrastructure project can grow without help from the government. This is because they are meant for the public, and need government support. But the government cannot be the only funder. Hence what is needed is a basket of funds. Once underway, infrastructure can be a great source of employment in the country,” he said.Vijay Dube, ED, Punjab National Bank, felt that CoViD-19 presented a lot of learnings. He pointed out that India had helped many countries with their vaccination programme and crossed 200 crore vaccinations. But in Africa, a mere 24 per cent of people were vaccinated, because of the lack of basic infrastructure. “When we talk of development, it cannot be restricted to one country per se,” he said, quoting from the World Economic Forum’s Global Risks Report 2022. “It has to be on a global basis where international dependencies and international cooperation are the only way forward,” he said. He also reminded the house that this is a soft power for brand India, where Indian companies can help their international counterparts. He encouraged investors to diversify across technologies, geographies, types of projects, funding and ratings. Garg wondered where the money would come from for such huge projects, with very few bond issues to match the demand.

He wanted to know how India can think about a bond development market to get infrastructure financing going. Gurpreet Chhatwal, MD, CRISIL Ratings Ltd, said, “Infrastructure is a common goal. The Government needs to enable that. But obviously the Government can’t spend all the money. You need private sector participation.” He felt that the Indian bond market cannot really fund infrastructure. A few central counterparties can get money but it is not easy for the private sector. According to him, this could be a perception problem because traditional bond market investors have seen significant losses from infrastructure. But now there is significant change in how infrastructure is financed, and stakeholders are becoming more comfortable. InVIT and REIT are a big boon for infrastructure financing in India, and bond markets needs to accept this. The bond market is developing well in India and is dominated by some large players. Both InVIT and REIT have data streams in the public domain. He was of the opinion that better data will crowd in investments. The experts expressed their views at a panel discussion held as a part of the two-day FIBAC 2022 conference organised here by Federation of Indian Chambers of Commerce and Industry (FICCI) and Indian Banks Association (IBA) here.