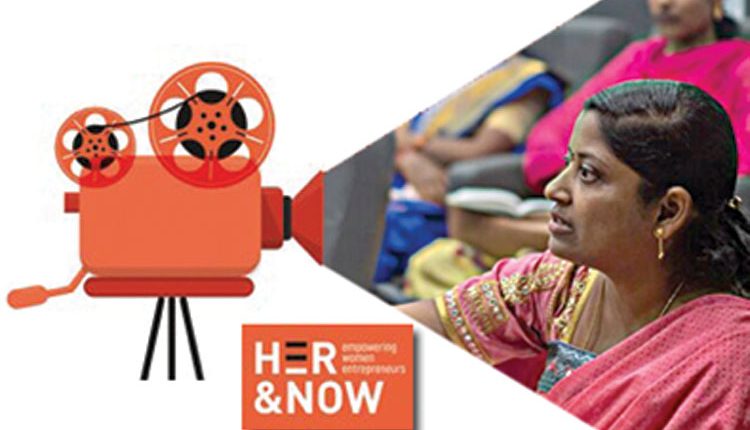 Bengaluru, Jul 1 (FN Bureau) Deutsche Gesellschaft für Internationale Zusammenarbeit (GIZ) GmbH is implementing the ongoing project “Economic Empowerment of Women Entrepreneurs and Start-ups by Women (Her&Now)” in India, on behalf of the German Federal Ministry for Economic Cooperation and Development (BMZ), and in partnership with the Ministry of Skill Development and Entrepreneurship (MSDE), Government of India. A statement issued here on Thursday said that in a bid to identify and capitalize on the key sectors involving the women-led micro-enterprises in various geographical areas of India, and the top interventions that may be introduced to support and/or catalyse women entrepreneurship ecosystem in these sectors and regions, GIZ’s Project Her&Now came out with a detailed report titled “Women-led Micro Entrepreneurship: An Analysis of Value Chains and Opportunities”.

Based on the findings of the report, it has been observed that there are 3 ‘emerging sectors’ for women entrepreneurship in Telangana – namely Handloom & Stitched Apparel, Food Processing and IT & ITeS. A brief analytical overview of these three sectors is mentioned below: Telangana is endowed with bountiful resources such as good soil, diversified cropping pattern, irrigation systems fed by rivers like Godavari and Krishna, and agriculture-favourable climatic conditions. The abundance of crops, vegetables and fruits and spices grown around the year in various parts of Telangana provide an excellent opportunity for women entrepreneurs in the food processing sector. With the growing demand for processed food witnessed among consumers at the local, national and international levels, women-led businesses working in this sector can grow furthermore and find better and more profitable opportunities in organized wholesale and retail markets and in the international export of food products.

For over a decade now, the IT & ITeS (Information Technology-enabled Services) sectors have been among the key drivers of the engine of Telangana’s economy. Accelerated by the large-scale digital transition in B2B and B2C spaces after the pandemic, the IT & ITeS sectors in Telangana, which are already contributing significantly towards women’s entrepreneurship with the rise of a number of innovative start-ups, holds an immense potential in the near future to fuel numerous hardware and software-based women-led enterprises’ growth even in tier 2 cities as well as smaller towns of the state. Telangana is famous for its Pochampally ikat, Gadwal, Narayanpet and Gollabama sarees, and various other types of handloom. The state’s women entrepreneurs operating in the handloom sector largely function as boutique owners, while some run dyeing units that feed into the weaving set-ups. The mass-produced stitched apparel sector also provides a lot of opportunities for the entrepreneurs, with uniforms’ manufacturing for government schools being a huge market being served by MSME women entrepreneurs.

Project Her&Now, running in Telangana in partnership with WE Hub, has supported several women entrepreneurs of the state from these ‘emerging’ sectors, through its flagship Entrepreneurship Support Programme. For instance, Mudunuri Varalakshmi, Founder, Fruitful (an enterprise that processes figs to produce and sell jams and desserts) says, “We have been facing problems in acquiring marketing connections, as supermarkets usually charge high commissions for rack space. However, being a part of Her&Now enabled me to explore avenues for product diversification and implement the same into our business model, to facilitate wider outreach and business growth. After completing the programme, I am now able to think in different directions to improve my business.”