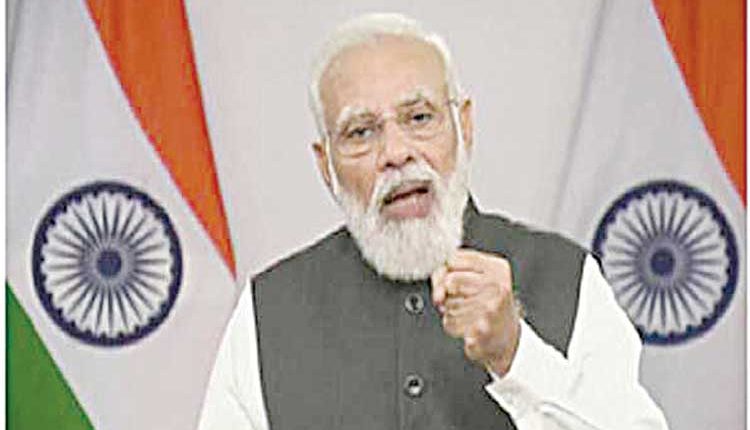 New Delhi, Oct 22 (Agency) Amid surge in imports from China, Prime Minister Narendra Modi on Friday asked people to buy locally made goods and underlined that experts worldover are upbeat about India’s economy. In his address to the nation following India achieving the milestone of 1 billion vaccine doses, Modi asked countrymen to buy things for which a fellow citizen laboured hard. “I urge you to buy things, even small ones, which are Made in India or for which a fellow citizen toiled. We should buy those things. This is possible only with collective effort,” the Prime Minister said. He appealed for making it part of habit to buy locally produced goods and continue to remain vocal for local.

Modi said that economists, experts and agencies worldover are optimistic and upbeat about India’s economy noting that there has been record inflow of funds into Indian companies. “Experts and so many agencies from around the world are today so positive and optimistic about Indian economy. Not only record investments are flowing in but opportunities are also opening up for the youth. Besides record investments into start-ups, so many unicorns are emerging,” the Prime Minister said. Congratulating the countrymen on achieving 100-crore vaccine milestone, Modi also cautioned people against complacency and negligence in the fight against Coronavirus pandemic.