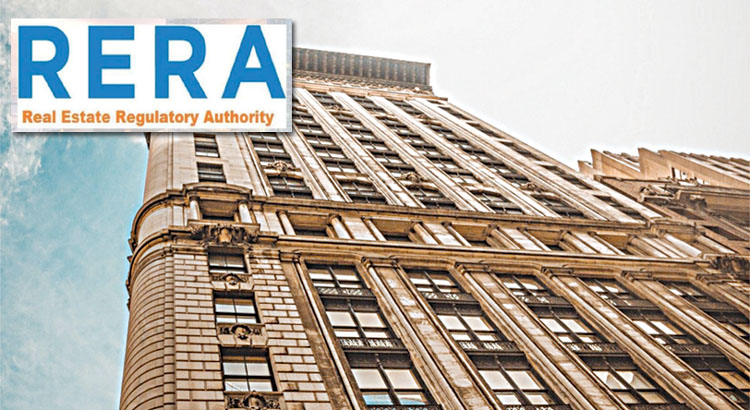 Kolkata, Aug 2 (FN Agency) Omidyar Network India (ONI) in partnership with Boston Consulting Group (BCG) today launched a report – “Five Years On: An assessment of RERA – The Road Ahead for a Stronger On-ground Regime” which gauges its impact on the crucial real estate sector since its enactment 5 years ago. The report has found that the law has created an implicit trust in homebuyers because of two factors: marketing by developers – primarily due to the usage of ‘RERA registration’ of properties as a marketing tool, and financial transparency – because developers must keep consumer payments made towards each project in a separate escrow account. However, the survey has also highlighted that while overall consumer awareness is high, the specific provisions of the law are still not well understood. It also shows that the implementation of the grievance redressal process still has many gaps. Based on in-depth interactions with over 1300 customers, developers, regulatory authorities, and relevant stakeholders such as Chartered Accountants, Engineers, and Architects the report highlights the impact of the legislation on each of these stakeholders.

The report assesses RERA performance in 5 Indian states across key dimensions — customer awareness & education, transparency, accountability, timely grievance redressal, and overall confidence in the real estate sector. It examines whether the law has been able to address challenges of lack of transparency and efficiency at a micro (householder) and macro (real estate sector) level According to stakeholder perspectives from Maharashtra, Uttar Pradesh, Madhya Pradesh, Orissa, and Karnataka, RERA has been effective in increasing consumer confidence and greater accountability: ● 76% of consumers who were aware of RERA only plan to buy RERA registered properties ● 5 out of 6 consumers seek redressal through RERA ● Among developers, 64% of those surveyed were highly satisfied with the RERA authority ● 77% of all eligible projects have been registered under RERA ● 55% of developers surveyed were also able to secure loans more easily due to RERA However, the report also pointed out that there is a lot of work to be done to streamline the understanding of the provisions of RERA, increase stakeholder confidence through even greater transparency and improve the grievance redressal process: ● 30% of consumers surveyed were still unaware of RERA’s role as a regulator ● 1 in 2 (50%) consumers reported being aware of just two benefits of the Act -the mandatory registration of the relevant projects and RERA as a grievance redressal forum ● Only 14% of all potential homebuyers have visited their relevant RERA site, and 24% of these consumers said that they were satisfied with the online experience ● Meanwhile, 45% of all developers surveyed reported dissatisfaction with the RERA website ● Only 22% of the consumers involved in a grievance redressal process were satisfied due to the uncertain timelines involved With RERA now having been implemented in 26 states and UTs, this data also urges state RERAs and other policy stakeholders to build on consumer education and awareness, streamline processes and drive adherence across states; evaluate and steer policy-level shifts and thereby, facilitate growth and promotion of the sector.

The report was released by Surendra Bagde, Additional Secretary (Housing), MoHUA, Government of India, Shilpa Kumar, Partner, Omidyar Network India and Neetu Vasanta, Managing Director and Partner, Boston Consulting Group and will be distributed to the Prime Minister’s Office, Niti Aayog, Chief Ministers, State ministries, RERA authorities and Secretaries amongst other dignitaries in the public and private sector. Commenting on the launch of the report, Shilpa Kumar, Partner, Omidyar Network India, said, “An average Indian household maintains 75% of all its assets in real estate. Combine this with the fact that 66% of civil cases in India are on land & property disputes, and it is obvious that RERA has a critical role to play. Our report shows that in the last 5 years, RERA has begun moving in the right direction, increasing consumer confidence in the real estate sector. However, the report also points to need for more focus on greater consumer awareness, better RERA websites & focussed grievance redressal to further improve consumer confidence in the sector. This can drive better household balance sheets as well as India’s growth trajectory. Further, the report shows the direct impact good legislation can have on its constituents.” “It is great to see the boost in consumer confidence that has been created by RERA over the last 5 years in the Real Estate Sector. However, there is still headroom to improve customer experience and unlock efficiencies in the sector by bringing in increased transparency and systemic accountability. A well-executed RERA can further improve private investments by 5-7% and potentially create 4-6 million additional jobs in the sector and related industries,” Neetu Vasanta, Managing Director and Partner, Boston Consulting Group.