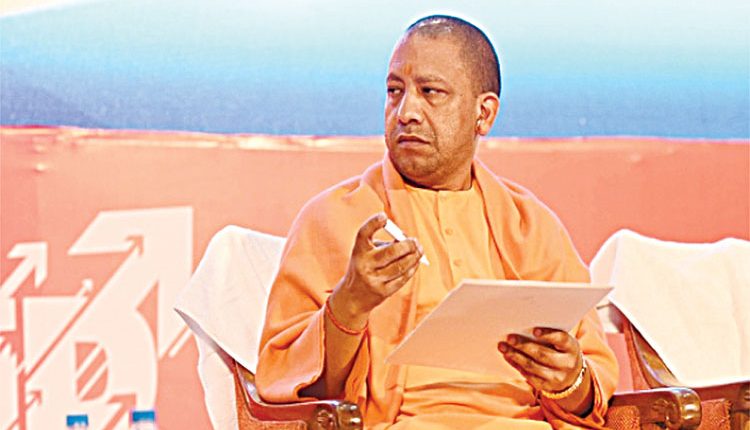 Lucknow, April 2 (FN Representative) Uttar Pradesh Chief Minister Yogi Adityanath has become the number one CM in helping the poor and needy people compared to the other previous governments of the state. He has always supported the poor, the oppressed and the patients with serious illness much more than the other governments in the past through the Chief Minister’s Discretionary Fund. State officials here on Friday disclosed that breaking all the previous records, around Rs 1000 crore was given to the poor people and the patients suffering from serious illness in his four-year tenure.

“As desired by the CM, the needy and poor people are being helped through the Chief Minister’s Discretionary Fund. In this, funds are given for kidney transplant, cancer, heart disease and other serious diseases” says Vishakh, Special Secretary to Chief Minister. CM Yogi has given Rs 3,94 ,22 ,24 ,711 to as many as 25,425 cancer patients, Rs 3,05,13,09 ,350 to 21,755 patients for other types of treatment, Rs 1,80,65, 82, 475 were given to 9427 people for kidney treatment and for the treatment of heart disease Rs 68,35,69,400 were given to 7019 people so far. Vikas, a resident of Purva Tola Nalapar in Etawah, is from a very poor family and his father is a labourer. He took loan for the treatment of his kidney disease and has to get a transplant done.

“Chief Minister Yogi Adityanath owes me a great favour. He has given Rs 5 lakh for my kidney transplant,” says Vikas. Similarly, Bindravati Gupta, a resident of Jungle Mathia of Chauri-Chaura in Gorakhpur district, is undergoing treatment for cancer. Her son, Dheeraj, told that his father died three months back from Covid. He became a debtor in the treatment of his father. The family had no support and they were completey broken . “We would have lost our mother as well. Thanks to CM Yogi who gave us Rs 5 lakhs. He stood for us at a time when there was no one but only God,” says Dheeraj Gupta. Shubham Yadav, a resident of Nizampur Malhaur in Lucknow district, was suffering from a serious head injury. According to his father Shiv Kumar “my son’s head got operated and treatment is still going on. There was no money for treatment, so I borrowed from relatives. Later, CM Yogi gave Rs 5 lakh from Chief Minister Discretionary Fund. This government is very helpful. Both Modi-Yogi are our messiahs. We love them.”

“I am alive with the blessing of CM Yogi,” said Anand Kumar Rastogi, a resident of Nizampur Police Station in Hardoi, who is a gold and silver artisan. He is undergoing dialysis. He also got paralysed during his treatment. All his money is spent in the treatment. He also borrowed money from friends and relatives. The government gave Rs 4,80,000. “Thank you very much to Yogi ji. He is very grateful. I am alive today with his blessings.” Om Prakash Dixit, a resident of Ramnagar in Varanasi district, worked in a private company. He had a tumor in his chest. Due to which, he lost his job. There was no money for treatment. Started treatment by borrowing. He said “Chief Minister Yogi ji helped us by giving Rs 5 lakhs for treatment. Thank you very much. If given the ratings, Yogi ji is working as number One.”