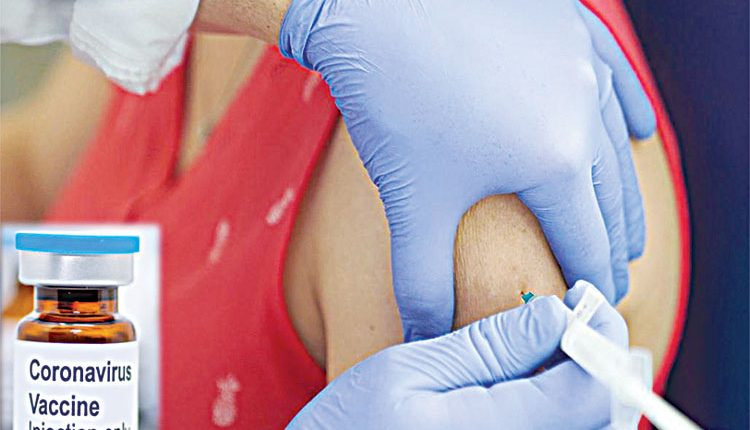 Washington, Dec 30 (Bureau) World shares edged higher on Wednesday as some markets wrapped up trading for 2020, anticipating a dose of fresh support for the U.S. economy and efforts to speed up coronavirus vaccinations to help curb the pandemic. Shares rose in London, Paris, Hong Kong and Shanghai. Tokyos benchmark fell back after surging to a 30-year high on Tuesday. Gains were modest after a lackluster day on Wall Street, as the boost from President Donald Trumps signing of a $900 billion coronavirus relief package faded.

On Wednesday, Britain authorized use of a second COVID-19 vaccine, becoming the first country to greenlight an easy-to-handle shot that its developers hope will become the vaccine for the world. The United Kingdom government said the Medicines and Healthcare Products Regulatory Agency okayed emergency authorization for the vaccine developed by Oxford University and UK-based drugmaker AstraZeneca. In another boost for sentiment, the European Unions top officials formally signed a trade deal with the United Kingdom governing economic ties following the UK’s departure from the bloc. Following the signature ceremony in Brussels, the documents were to be flown across to London RAF plane for endorsement by British Prime minister Boris Johnson. The long-sought agreement should help smooth post-Brexit dealings but still requires approval from legislatures in Britain and the EU. Britain’s FTSE 100 edged 0.2% higher to 6,614.11 and Germany’s DAX was up 0.1% at 13,779.89.

The CAC 40 in Paris also rose 0.1%, to 5,617.24. U.S. futures also advanced, with the contracts for the S&P 500 and Dow industrials both up 0.4%.
Trading is thin with many traders already finished for the year. The data calendar is empty globally until US initial jobless claims tomorrow evening. It is unlikely that there will be anybody left at their screens to react to it,” Jeffrey Halley of Oanda said in a commentary. However, he noted, Markets are likely to drift in this scenario and be more vulnerable than usual to headline surprises.” In Asian trading, buying of Chinese technology companies helped push Hong Kong’s Hang Seng 2.2% higher, to 27,147.11.

Shares in e-commerce giant Alibaba jumped 6.4%, recovering some steep losses after government regulators launched an anti-monopoly investigation and suspended the stock market debut of Ant Group, an online finance platform in which Alibaba owns a 33% stake. The Shanghai Composite index gained 1.1% to 3,414.45, while the Kospi in South Korea jumped 1.9% to 2,837.08. Japans Nikkei 225 fell 0.5% to 27,444.17 as investors locked in gains a day after it surged more than 2% to its highest level in more than 30 years. Japanese markets will be closed Thursday through the end of the week, reopening Jan. 4. The Tokyo exchange formally marked the end of trading for the year, which began with the Nikkei 225 at about 23,000, noted Akira Kiyota, CEO of Japan the Exchange Group. The benchmark fell to 16,550 in March but like markets elsewhere has recovered with strong support from central banks and governments, Kiyota noted. As a result, the Nikkei also hit a high bubble price for the first time in 30 years and yesterday it exceeded 27,000 and the market development was solid throughout the year, he said. Australia’s S&P/ASX 200 lost 0.3% to 6,682.40. Stocks fell slightly Tuesday on Wall Street as investors turned cautious a day after major indexes closed at their latest record highs.

Investors have been waiting months for such help, which economists say is needed to tide the economy over as coronavirus caseloads surge, leading governments to reimpose restrictions to stem the pandemic. In other trading Wednesday, U.S. benchmark crude oil gained 32 cents to $48.32 per barrel in electronic trading on the New York Mercantile Exchange. It picked up 38 cents to $48.00 per barrel on Tuesday. Brent crude, the international standard, added 32 cents to $51.55 per barrel. The U.S. dollar fell to 103.33 Japanese yen from 103.54 yen. The euro rose to $1.2260 from $1.2249.