Village industries to be developed into five lakh crore industry 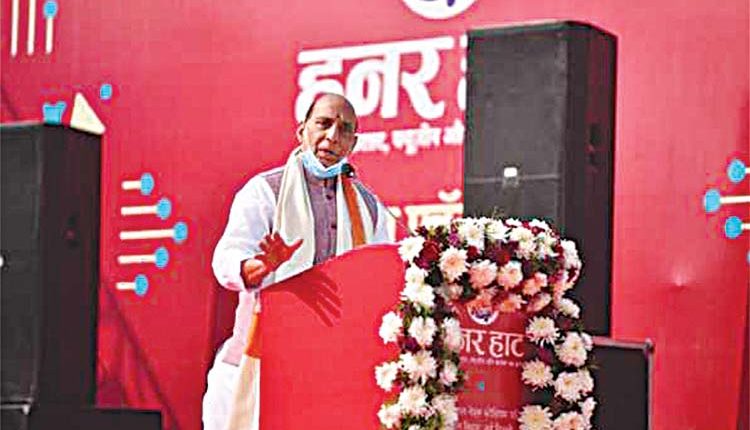 New Delhi, Feb 21 (FN Agency) Acknowledging that village industries of the country need more encouragement and support so that they can contribute substantially to the economy, Defence Minister Rajnath Singh on Sunday said that the Union government is working on ways to ensure that this segment develops into a five lakh crore industry by 2024. The Raksha Mantri in his address during the inauguration of the 26th Hunar Haat on Sunday here at the Jawaharlal Nehru Stadium said “Village industries have huge potential to showcase Indian culture globally but due to lack of encouragement and assistance, it has not been able to do so. Presently, it contributes only 80 crores to the Indian GDP.

We are planning to increase this figure to five lakh crores in the next three to four years,” Mr Singh further said that the Indian craftspersons and artisans have converted the COVID-19 adversity into opportunity by becoming a part of this annual fair. This edition of the Hunar Haat bears the theme ‘vocal for local’. Singh highlighted how village craftsmen have an important role to play in making India ‘Aatmanirbhar’ “Not just that, our local craftsmen and artisans also play a significant role in making India self-reliant (Aatmanirbhar),” He also urged people to visit the Hunar Haat with their families and friends to support our indigenous and supremely talented artisans and craftsmen and women.