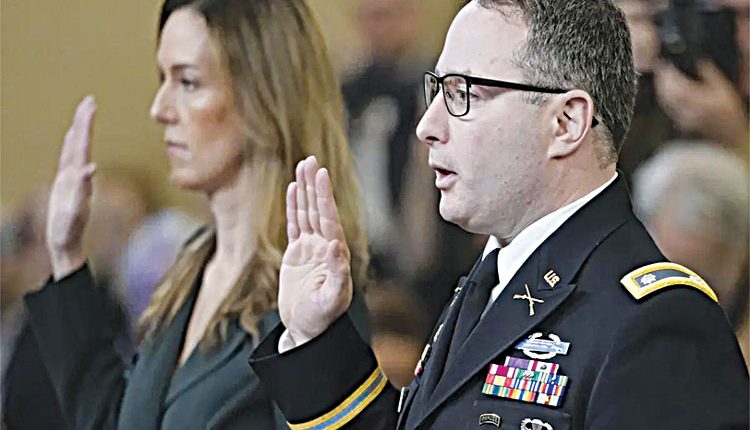 Washington, Apr 10 (FN Agency) US defense attache Colonel Brittany Stewart’s decision to wear Ukraine military insignia during a visit to the Donbas region was an unprecedented and inappropriate political statement, two former American Army officers told Sputnik. On Friday, Ukraine’s Joint Forces Operation command said Stewart had traveled to Donbas to assess the situation on the ground. In photos from the visit, Stewart is seen wearing on her shoulder sleeve a “Ukraine or death” skull insignia, which is the patch of the 72nd Mechanized Infantry Brigade.

“It is totally inappropriate and I am surprised it is being tolerated. The ‘uniform’ means uniform and I have never heard of a soldier taking liberties with what they wear with it,” former US Army Military Intelligence officer Phillip Giraldi said. “It is definitely a political statement in this case, showing solidarity with the Ukrainian defense against the ‘Russian threat.'” Stewart’s move comes amid an escalation in tensions in Donbas and between Ukraine and Russia. On Wednesday, the head of the self-proclaimed Donetsk People’s Republic, Denis Pushilin, said the situation at the contact line was deteriorating.

Retired US Army Colonel Doug Macgregor, a senior Pentagon adviser during the Trump administration, said Stewart’s action was virtually without precedent in the history of the US Army and armed forces. Normally, foreign decorations, qualification badges and related material must be approved for wear by the Pentagon or the US Department of the Army, Macgregor said. The Kremlin this week described the situation on the border with Ukraine as “frightening” and vowed to bolster security in response to an increased NATO presence. Meanwhile, the United States and its allies have said they are concerned by Russian troop movements. On Friday, the Pentagon refused to comment on reports from Turkey’s Foreign Ministry that the US was deploying two warships to the Black Sea.