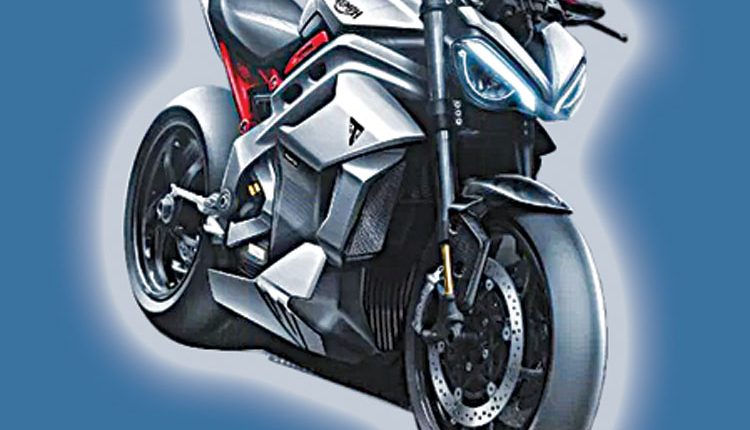 Around two years ago, Triumph announced that it had begun collaborating with multiple industry players to develop electric motorcycle technology and related integrated systems. The project has been a joint effort with Williams Advanced Engineering, Integral Powertrain Ltd. and WMG (Warwick Manufacturing Group) from the University of Warwick. Triumph has revealed that it has reached the halfway point of the collaboration and has revealed the electric powertrain, battery and the first design sketches of the upcoming TE-1 electric bike.

Williams Advanced Engineering (WAE) has developed a battery based on the agreed specification. The company has optimised the battery module layout to “balance mass and positioning within the prototype chassis taking into consideration centre of gravity, space and relationship with the powertrain and charging approach.” In addition to the module layout, it has also developed a new vehicle control unit which is integrated into the battery pack to minimise weight and packaging. According to the company, the performance from the battery exceeds anything else on the market in terms of power and energy density.

Integral Powertrain Ltd.’s e-Drive Division has integrated the normally separate motor and inverter into one compact package. The company claims that this has helped reduce the mass and volume of the drivetrain. In addition to this, the motor is said to have a power density twice that of the target set by the UK Automotive Council for 2025. Andrew Cross, Chief Technical Officer at Integral Powertrain Ltd has said, “One of the most influential factors in how well a motorcycle handles and performs is mass, so at Integral Powertrain we have focused heavily on making a step change in motor and inverter design, removing heavy high voltage cables for example. This delivers a product that is significantly more compact and lighter than anything currently available on the market. The motor produces 130kW or almost 180hp, but weighs only 10kg, much lighter than existing technology and clearly a small fraction of the mass of traditional internal combustion engines.”

Triumph has also confirmed that the upcoming electric bike will feature styling that’s inspired by the Speed and Street Triple family. While the sketches do show some resemblance to the sport-naked models, there are a few futuristic design elements that we hope make their way to the production model. The British two-wheeler company has also said that it has developed an all-new advanced vehicle control software which incorporates all of the electrical systems to ensure intuitive throttle response, regen braking and traction control. Towards the end of the reveal video for the TE-1 prototype, Steve Sargent, Chief Product Officer for Triumph went on to say that the company is on track to have a rideable motorcycle ready in 2021. However, that could still be the final prototype model and a production version could arrive sometime next year.