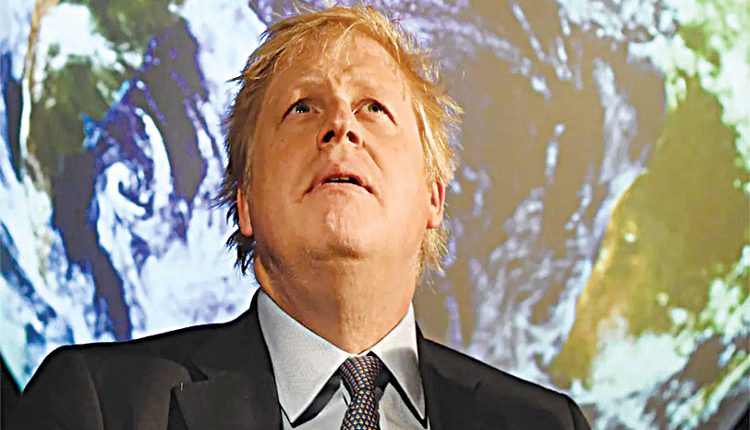 London, Apr 20 (FN Bureau) The UK government is expected to set a new world-leading climate target by pledging to reduce greenhouse gas emissions by 78% by 2035, UK media reported on Tuesday. According to the Sky News broadcaster, UK Prime Minister Boris Johnson would make the announcement ahead of a virtual climate summit of 40 world leaders to be hosted by US President Joe Biden on Thursday. The pledge, if confirmed, would mark a major step forward on the current UK commitment to cut emissions by 68% by 2030, but it would be in line with the recommendations made last year by the independent Climate Change Committee.

“We will set our ambition for Carbon Budget 6 shortly, taking into account the latest advice from the Climate Change Committee,” a spokesman for the Department for Business, Energy and Industrial Strategy was quoted as saying. Education Secretary Gavin Williamson refused to confirm the media reports about the new climate target but told Sky News that Johnson “has always been clear that Britain is going to be a global leader” in tackling climate change.

Reacting to the media reports, Labour lawmaker and shadow business secretary Ed Miliband accused the Conservative government of setting targets without implementing the policies to enforce them. “While any strengthening of our targets is right, Ministers can’t be trusted to match rhetoric with reality,” Miliband tweeted, arguing that the government has been off track to meet current targets, lacks ambitious green recovery plans and has cut subsidies for electric vehicles. Green Party lawmaker Carolina Lucas also took to Twitter to comment that the announcement would be a “welcome recognition” from the government of the need for faster climate action. She warned, however, that targets are not enough, urging the government to address the underlying cause of the climate crisis and put the health of the people and the planet above endless the Growth Domestic Product growth. The United Kingdom is preparing to host the UN international climate change summit, also known as COP26, in the Scottish city of Glasgow in November.

EU shortages of AstraZeneca vaccine due to insufficient production of serum