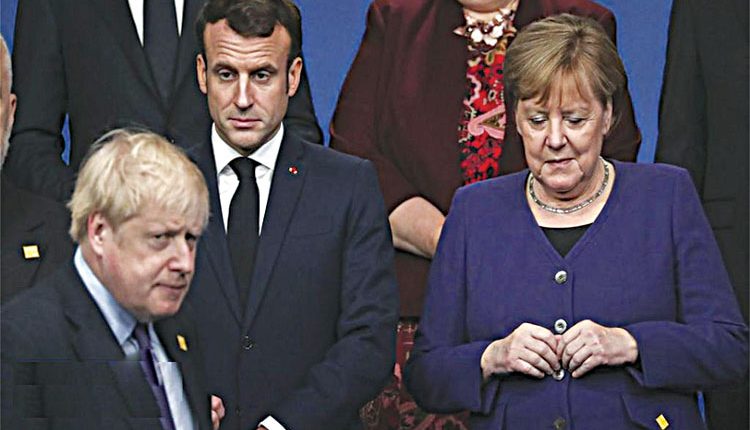 London, Mar 22 (FN Bureau) UK Prime Minister Boris Johnson is expected to talk separately with the European Union leaders ahead of a virtual summit on Thursday where the bloc members will be discussing an eventual European ban on COVID-19 vaccine exports, amid fears that the prohibition could delay the United Kingdom’s vaccination campaign, the national media reported on Monday. According to the PA Media news agency, Johnson has already spoken last week with the president of the European Commission, Ursula von der Leyden, and his counterparts from the Netherlands and Belgium, and will be speaking with the rest of the leaders over the coming days.

On Wednesday, von der Leyen announced that the EU was prepared to use the mechanisms it had in place to stop exports of vaccines destined to countries that were producing their own doses and not exporting them in turn, and three days later she clearly said that her message was directed at the UK-Swedish company AstraZeneca for not fulfilling its delivery obligations with the European bloc. “This is a message to AstraZeneca: You fulfill your part of the deal toward Europe before you start to deliver to other countries,” the European commission president told Germany’s Funke Media Group in an interview published on Saturday.

Asked on Monday about the reports on Johnson’s holding talks with his European counterparts, UK Minister for Care Helen Whately said that “there will continue to be some robust conversation about the importance of no such blockings happening,” but refused to confirm that the prime minister will be doing the calls. Whately said, however, that the UK expects its former ally to stick to their commitment and will not block the export of vaccines and allow companies to fulfill their contractual obligations.

“It is very important that the EU sticks to that. Vaccine nationalism, vaccine protectionism, whatever you call it, does not do anybody any good,” she told LBC radio. The UK government expects that by July 31, all adults in the country should have been offered a COVID-19 vaccine, but a study published by The Guardian warned that an eventual ban on vaccine exports from the EU would delay the UK’s vaccine program in at least two months. According to official figures, as of Sunday, slightly over half of the UK adult population, or 27.6 million people, has received at least one dose of either the AstraZeneca/Oxford or Pfizer/BioNTech vaccines.