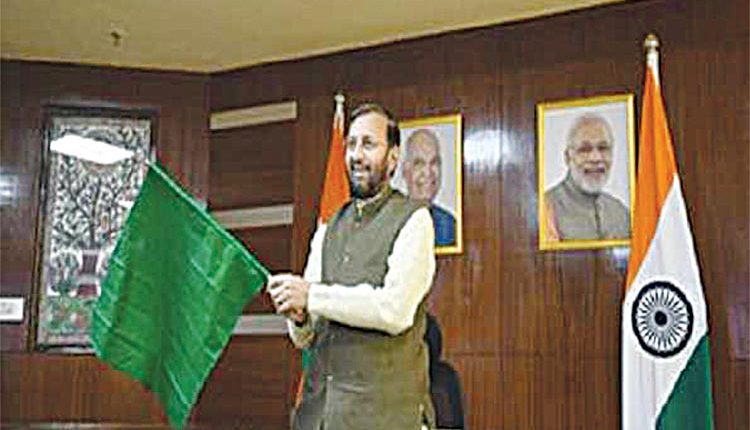 New Delhi, Mar 30 (FN Bureau) Information and Broadcasting Minister Prakash Javadekar on Tuesday said that under the guidance of Railway Minister Piyush Goyal, sweeping changes are visible in Railways that have changed its face in last few years. While flagging off DEMU train from Phaltan to Pune via Lonand through video conferencing, Mr Javadekar said reforms in areas like elimination of unmanned railway crossings, cleanliness, progress of electrification, doubling of Railway tracks, advent of modern trains & coaches, WiFi at stations and increasing port connectivity have changed the face of Railways in last few years. Railways, being the cheapest mode of transport and the direct connectivity between Pune to Phaltan via Lonand will be a boon to the region.

The introduction of trains between Phaltan and Pune via Lonand will help the people of this region in general and agriculturists to reach new markets, students to reach educational institutions of their choice & workers to seek more green pastures in particular. He also mentioned that under Mr Goyal’s leadership, simplified reservation on IRCTC have helped passengers to get tickets faster.

Introduction of Bio-toilets have made the tracks and station platforms clean, which is an ideal example of Swachh Bharat, he claimed. Infrastructural inputs like elimination of unmanned railways crossings to ensure safety of highest standards, progress of electrification, doubling, port connectivity in railways have helped to boost economy and growth, Mr Javadekar added. More than 5000 Railway stations have been provided with wi-fi which enable passengers to access world wide web and opened their horizon of knowledge, he claimed.