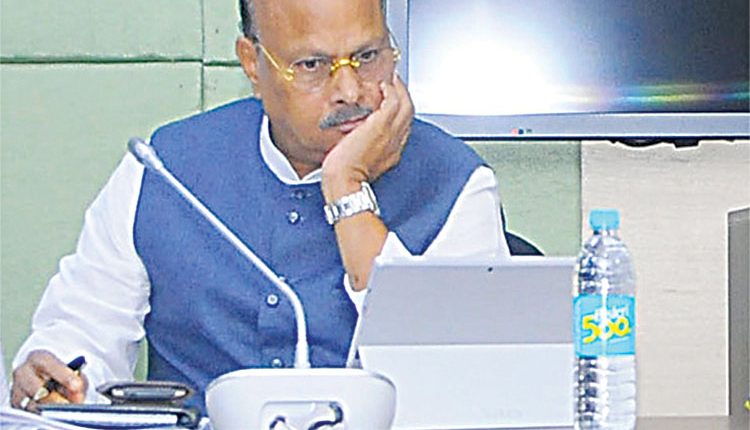 Vijayawada, Apr 5 (FN Representative) Former Finance Minister and Telugu Desam Party senior leader Yanamala Ramakrishnudu on Monday expressed concern at the deteriorating financial situation of Andhra Pradesh and the non-payment salaries to the staff in time. Mr. Ramakrishnudu demanded Chief Minister Y S Jagan Mohan Reddy to explain where all the revenue of the state was going when the government was not in a position to pay the bills towards development works as well as the salaries of its employees. The Chief Minister owed an explanation on where the massive loans were spent in the past 22 months and why there was nil development, he asked.

In a statement here, Mr Ramakrishnudu who is the Leader of the Opposition in AP Legislative Council alleged that the thoughtless and uncivilised governance of Y S Jagan Mohan Reddy was destroying the state as a whole with no sign of hope for the future. “AP stood in first place by taking Rs.79,191.58 crore loans till February during the 2020-21 financial year. This was the largest amount of loans taken by any state in the country. AP has thus created a record of sorts”, he deplored. The TDP senior leader said that the revenue from state excise duty was doubled to reach Rs. 10,125.19 crore in February, 2021, when compared to Rs.5,821.62 Cr in February, 2020. The income from land revenue had also increased from Rs.19.72 crore in February, 2020, to Rs. 123.58 crore in February, 2021.

The Central grant-in-aid has also increased from Rs.16,758.40 crore in February, 2020 to Rs.26,458.60 crore in February 2021. Mr. Ramakrishnudu pointed out that by all accounts, the state government got Rs.29,109.30 crore additional revenue when compared to the previous year. Also, huge funds came to the state towards Covid Assistance and Donations, he added. But still, the YSRCP government brought Rs.73,812 crore loans in just three months this year. This has pushed the state economy into doldrums. In just two years, the YSRCP government has imposed Rs. 2.50 lakh crore debt burden on the State. Each person was carrying now a debt of Rs. 70,000 on his or her head, he said. “The Government went bankrupt as it could not mobilise resources to pay salaries now? Even the private hospital managements have stopped admitting patients under the Aarogyasri scheme just because their payments were not cleared by the government”, he slammed. He explained that though the revenue has increased when compared to the previous year, the Government went for more loans pushing the state into debts and flayed that the inexperience and ineffectiveness of the Chief Minister was responsible for this.