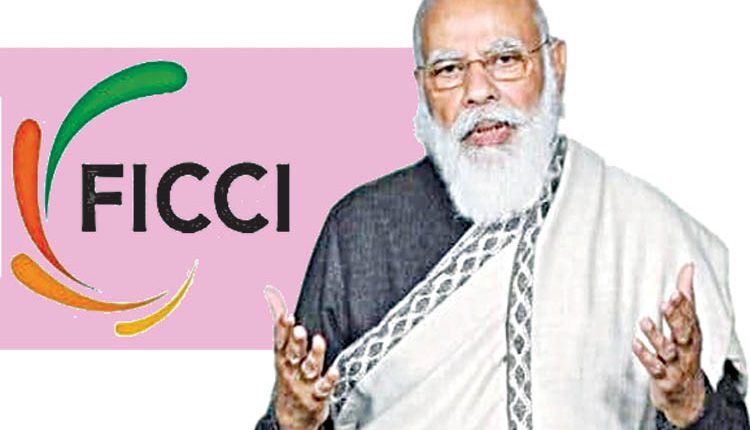 New Delhi, Feb 22 (FN Agency) Stating that the role of private sector has increased in Indian Defence manufacturing over the years, Prime Minister Narendra Modi on Monday said the 21st Century defence sector in the country cannot stand without the partnership of private sector. Addressing the virtual session ‘Budget Announcements: 2021-22, Galvanizing Efforts for Aatmanirbhar Bharat,’ organised by the Ministry of Defence, jointly with the Federation of Indian Chambers of Commerce and Industry (FICCI) and other industry chambers, Mr Modi said that to promote the Indian private sector, the government is giving more impetus on the Ease of Doing Business.

‘We have taken a number of measures, including delicensing, deregulation, export promotion and foreign investment liberalisation in the Defence sector. We are working ahead and focusing on transparency, predictability and ease of doing business,’ he added. Elaborating on the recent Union Budget, Mr Modi said that this year’s budget gives focus on increased private sector participation. There is a dedicated fund earmarked to boost the domestic procurement in the Defence budget. ‘I would urge the private sector to come forward not just with manufacturing capabilities, but also with design and development,’ he said.

Highlighting the importance of MSMEs, Mr Modi said that they act as a backbone of the Defence manufacturing and the reforms that are introduced will give more independence to MSMEs, to expand further. Commenting on the negative list of 101 Defence items announced by the government, Mr Modi said he believes that this is a positive list under the Aatmanirbhar Bharat programme. ‘This is a positive list that will increase our manufacturing capacities, generate new employment, reduce dependence on imports, and will give a guarantee to the products being manufactured in India to be consumed in India,’ he emphasised.

Defence Minister Rajnath Singh said that Union Budget for 2021-2022 stands out as a unique initiative of the government, which brings a healthy mix of promise, potential and progress and its forward-looking agenda provides support for the Defence and security of the country. The Defence Budget has seen an increase of 18.75 per cent in capital outlay over the last year, and 30 per cent the year before, which is the highest in the last 15 years, Mr Singh pointed out.