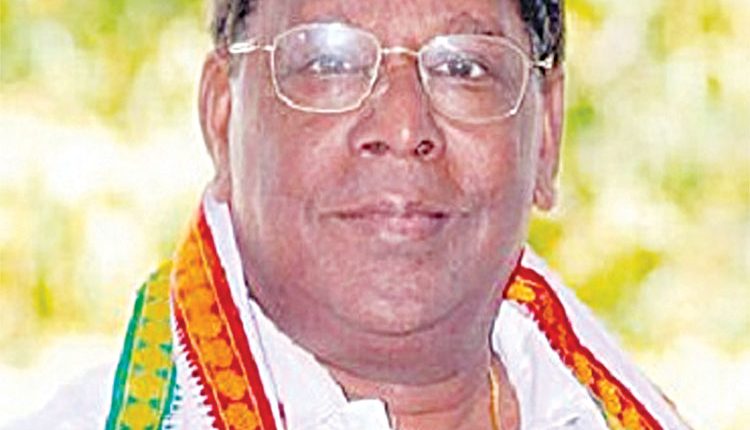 Puducherry, Mar 31 (FN Agency) Former Chief Minister V Narayanasamy on Wednesday said Prime Minister Narendra Modi during his visit to Puducherry on Tuesday disappointed N R Congress President N Rangaswamy and party volunteers by not announcing the Chief Ministerial candidate in the alliance. In an audio sent to the media on WhatsApp, Mr Narayanasamy said it was widely expected that Mr Modi will announce the Chief Ministerial candidate, but nothing happened. He also failed to make any announcement on the issues such as statehood for Puducherry, waiver of the legacy loan and provision of more grants.

Even though, Mr Rangaswamy spoke at the function about statehood and more grants, the Prime Minister failed to give any reply, he claimed. On the other hand, Mr Modi levelled baseless allegations against him that he (Narayanasamy) is corrupt and there was corruption in the Congress-DMK government. The Prime Minister also personally criticized him that he was a servant of the Gandhi family and also carrying the chappell of a party leader and wrong translation, in spite of giving much clarifications. He said that Mr Modi is talking without knowing the facts and wondered why the BJP-led NDA government at the Centre did not order an inquiry against him if he was corrupt. The former Chief Minister said the NH-45 A from Puducherry to Nagapattinam via Villupuram and Karaikal was not a new scheme as claimed by the Prime Minister. It was evolved during the Congress-led UPA rule at the Centre, he said, adding that the smart city was also started by the Congress government and as Mr Rangaswamy during his government could not bring, the congress government executed it.

On the claim of Mr Modi about allotting Rs 2,000 crore for the smart city project, Mr Narayanasamy said the share of the Central government is only Rs 500 crore. Another Rs.500 crore is the share of the state government, Rs.500 crore is from open market borrowing and the French Government is providing Rs.500 crore, he said. In order to ‘deceive ‘ the people of Puducherry, the Prime Minister made such statements, he added. He said several announcements of Mr Modi remain unfulfilled and when several schemes remain the same, how could the Prime Minister implement several schemes in the UT as per his statement. The Senior Congress leader said Rs.40 crore was given to fishermen by the UPA government and not the BJP government. By bringing the Sagar Mala scheme, the NDA government is giving trouble to the fishermen community. As such the people of Puducherry will not accept the speech of Prime Minister, he added. He alleged that the BJP in alliance with its friendly parties is trying to capture power in the UT with its money power and misusing official power.

With N R Congress is in the alliance, he said that every vote to that party will be going to the BJP. He said N R Congress is functioning as a “B Team” of the BJP. Secular Democratic Alliance (SDA) alone could protect the people in the UT and hence, realizing this reality, people should vote for it, the former Chief Minister said.

Gold worth Rs 28.26 lakh seized at airport, one arrested