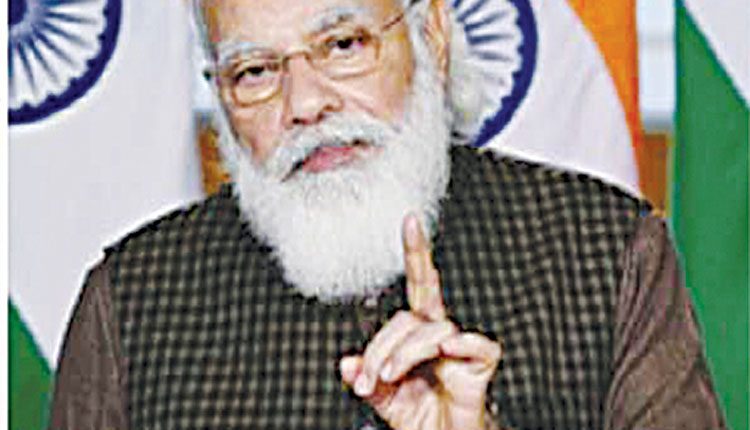 New Delhi, Dec 31 (Bureau) Prime Minister Narendra Modi on Thursday advised caution against rumours once vaccination programme against Corona begins next year. Speaking after laying the foundation stone for AIIMS at Rajkot in Gujarat through video conferencing, the Prime Minister said earlier he would say there should be no laxity until there was medicine (vaccination) against Corona. But now he would say there should be caution (against rumours) when the medicine is there. ‘’Earlier, I said ‘Dawai nahi to dhilai nahi’. Now, I say ‘Dawai bhi aur kadai (caution) bhi’. Our mantra for 2021 is ‘Dawai bhi aur kadai bhi’,’’ he said.

He lamented that rumours spread quickly in India. Different people for their personal gains or due to irresponsible behaviour spread various rumours. Maybe rumours will be spread when vaccination begins, some have already begun, he said. As the number of new Corona cases in the country was decreasing, India was preparing to run the world’s largest vaccination programme in 2021, he said and added that preparations for administering the vaccine were in the last stages. “Preparations are in last stages for the vaccination programme. People will get vaccine manufactured in India,” the Prime Minister said.