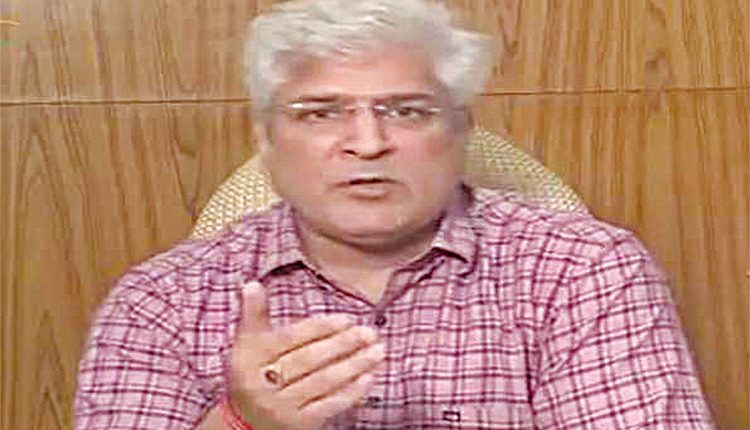 ‘I appeal to this segment to switch to EV cabs to facilitate the travel of their employees,’ Mr Gahlot said. Mr Gahlot further urged the corporates to install charging stations at their office premises to encourage individuals to switch to an EV. ‘Globally, it has been seen that people generally charge their electric vehicles at home or the workplace. Many corporate employees are willing to switch to EVs if there is sound EV charging infrastructure in place at the workplace. Following this, I urge corporates to reserve 5 per cent of their parking space for installing and running EV charging stations,’ Mr Gahlot added.

‘The Delhi Government is providing subsidies for the installation of EV charging stations and the companies who adopt this proposal will be sure to benefit from the same,’ Mr Gahlot said. He said, ‘Companies can come forward and take the ‘Switch Delhi Pledge’ on https://ev.delhi.gov.in/Pledge to show their commitment in this direction and help the Delhi Government in fulfilling the mission of making Delhi the EV Capital of India. Mr Gahlot added, ‘Corporate Social Responsibility (CSR) and its huge impact on society is well-known. Through CSR initiatives, the corporates can install or adopt an EV charging station in Delhi. This way, Delhi could witness thousands of EV charging stations in the coming year.’ Switch Delhi is an eight-week mass awareness campaign by the Delhi Government to sensitize every Delhiite about the benefits of switching to EVs to the environment as well as to make them aware of the incentives and infrastructure being developed under Delhi’s EV policy. The campaign aims at informing, encouraging, and motivating each person in Delhi to switch from polluting vehicles to zero-emission electric vehicles.