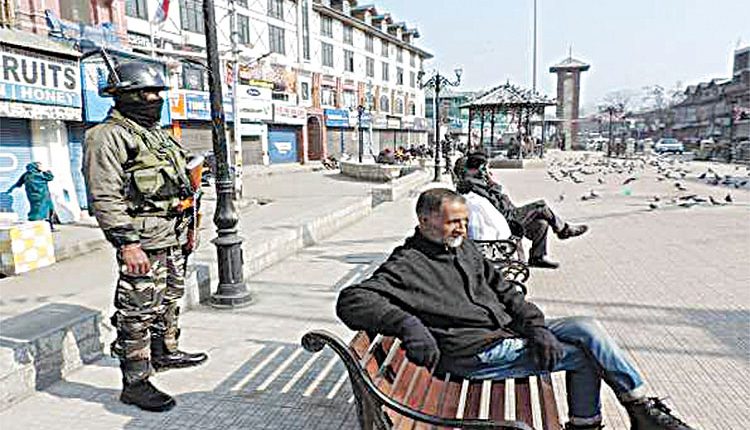 Srinagar, Feb 11 (FN Bureau) The weather remained pleasant for the second successive day on Thursday as bright sunshine greeted people in the summer capital, Srinagar and other parts of Kashmir valley, where the mercury during the night remained below freezing point. Meanwhile, barring Srinagar and tourist resort of Kukernag, the night temperature dipped slightly across the valley. A Met department spokesperson told that the weather will remain dry during the next two day, which could result in further dip in the night temperature though the mercury during the day is expected to improve in Kashmir valley.

World famous ski resort of Gulmarg, which is covered under several feet of snow, witnessed pleasant weather as bright sunshine greeted tourists, including adventure lovers. But, the mercury during the night at Gulmarg, which is known for its ski slopes and quality of snow, dipped marginally and settled at minus 4.2 degree, which is 2 degree below normal. “Tourists, particularly adventure lovers, are out on ski slopes, enjoying different snow related activities on a sunny day,” a hotelier from Gulmarg told over the phone. After witnessing an improvement of over a degree in the night temperature, people woke up to a sunny Thursday morning in Srinagar. Against minus 1.6 degree recorded on Wednesday, the night temperature in the city improved and settled at minus 0.4 degree, which is slightly below normal.

However, weather remained pleasant throughout the day due to sunshine in the city, where people were seen basking in the sun in parks, balconies and open fields. The maximum temperature recorded on Wednesday in the city was 5 degree above normal. “The skies will mainly clear to generally cloudy during the next 24 hours in Srinagar, where the maximum and minimum temperatures will be around 14 degree and minus 1 degree, respectively,” he added. The night temperature at world famous tourist resort of Pahalgam, about 100 km from here in south Kashmir, dipped marginally and settled at 4.1 degree, which is about a degree above normal. The weather at the health resort also turned pleasant during the day due to sunshine. The mercury at Qazigund, gateway to the valley, Kupwara in north Kashmir and tourist resort of Kukernag settled at minus 4.1 degree, minus 2 degree and minus 1.5 degree, respectively.