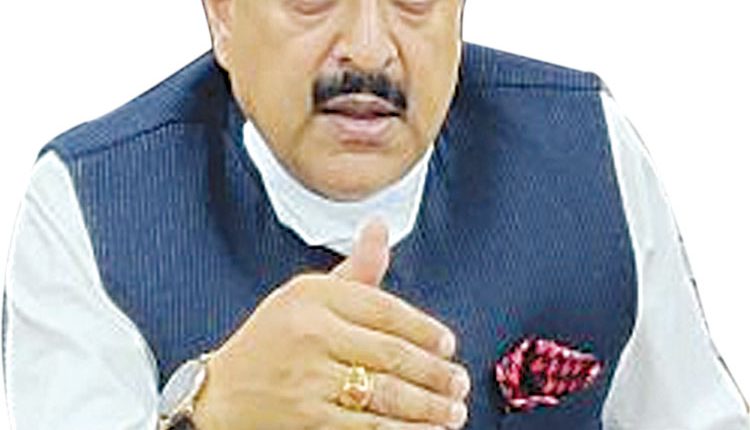 New Delhi, Jan 17 (Agency) Union Minister of State (Independent Charge) Development of North Eastern Region (DoNER), MoS PMO, Personnel, Public Grievances, Pensions, Atomic Energy and Space, Dr. Jitendra Singh said here today that the recently introduced Electronic “Pension Payment Order” (PPO) promises ease of living for senior citizens. Referring to some path-breaking reforms introduced in the Ministry of Personnel, Dr. Jitendra Singh stated that the Department of Pensions in the Ministry of Personnel was often at the receiving end of complaints from senior citizens about the original copies of their Pension Payment Order getting misplaced. In such situations, the pensioners, particularly the older pensioners, had to face several hardships, he said.

Lauding Prime Minister Narendra Modi’s thrust on digitalization, Dr. Jitendra Singh said, in the last six years there has been rapid progress in this direction and many of the Ministries and Departments in the Government of India were performing nearly 80% of their work through e-office even before the onset of COVID pandemic. He congratulated the officials in the Department of Pensions who had successfully introduced the provision of Electronic “Pension Payment Order” during the height of COVID pandemic, which came as a boon to several of the retiring officials who were getting superannuated during the lockdown period and were finding it difficult to physically receive the hard copy of their PPO.

Significantly, the entire process was accomplished much before the targeted timeline in view of the difficulties being faced by the pensioners due to the pandemic. Accordingly, the Department of Pensions and Pensioners’ Welfare decided to integrate the electronic PPO generated through PFMS application of CGA (Controller General of Accounts) with Digi-locker.
This enables the pensioner to obtain an instant print – out of the latest copy of his PPO from the Digi-locker account. Dr. Jitendra Singh said, a number of reforms have been introduced to bring ease of living and convenience in the lives of pensioners whose population is increasing day by day with the increase in lifespan and improved status of health. He said, these include Pre-retirement Workshops and Counselling Sessions as well as assistance in meaningful engagement in the post-retirement phase of life so that the energies, the expertise and the experience of senior citizens can be optimally utilised in the service of society and for the cause of nation building.

2021 to be good year for Indian IT, most companies to post high single-digit growth