No respite from chilly conditions, Gulmarg coldest in Kashmir 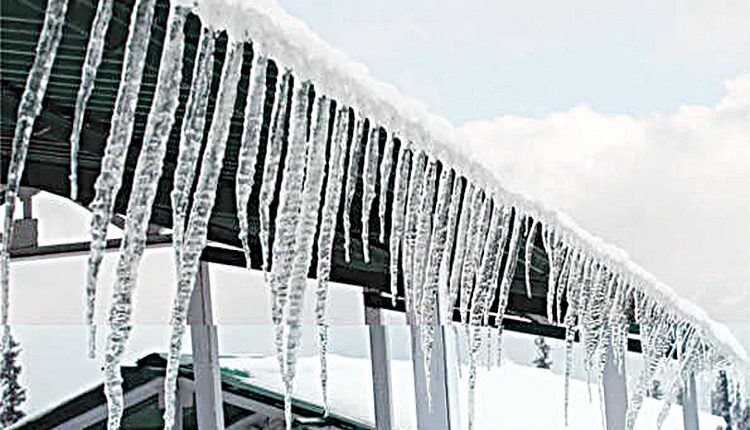 Srinagar, Dec 18 (FN Bureau) After yet another chilly night with minimum temperature below freezing point, the Sun was again out on Friday though the intensity of the heat was low due to icy cold winds in the Kashmir valley, where world famous ski resort of Gulmarg was the coldest at minus 10.6 degree. Dry and cold weather will continue over Jammu and Kashmir and Union Territory (UT) of Ladakh and Gilgit and Baltistan in Pakistan-occupied-Kashmir (PoK), a Met department spokesman said today. There will be no large change in the weather during the subsequent two days, he added. Ladakh region besides Gilgit and Skardu in PoK continued to shiver as there was no respite from the chilly conditions. in Drass, the second coldest place in the world after Siberia, the minimum temperature was below minus 22 degree. However, in the upper reaches the temperature was between minus 25 to 35 degree, particularly near the Line of Control (LoC), where security forces are on alert to foil any infiltration attempt from PoK.

Though there was some improvement in the minimum temperature, people in summer capital, Srinagar continued to shiver with no sign of any immediate relief. When the sky remain clear during the night, the minimum temperature remained sub zero, met spokesman said adding the day temperature remains near or above normal. After witnessing coldest night of the season sofar at minus 6.4 degree, there was an improvement of 0.4 degree in the minimum temperature though it was still 4.5 notches below normal in Srinagar. Today also taps and water on the roads besides nallahs had frozen this morning. Some interior parts of the Dal Lake were again frozen due to night chill and icy cold winds. However, as the day progress, frozen water defreeze. There will be mainly clear sky and the maximum and minimum temperatures would be around 10 degree and 6 degree below normal in Srinagar during the next 24 hours. Gulmarg, a famed ski resort in north Kashmir, about 55 km from here, was coldest in the valley with 10.6 degree minimum temperature against yesterdays minus 11 degree. As the world class ski slopes remained under several feet of snow, large number of skiers and other adventure lovers are arriving there daily, mostly locals. The authorities have now decided to operate helicopter service from Srinagar International Airport to ski resort this winter to increase the footfall of tourists who remained away due to restrictions last year after abrogation of Article 370 and COVID-19 pandemic this year. The world famous health resort of Pahalgam, about 100 km from here in south Kashmir, was second coldest after the minimum temperature witnessed a surge and settled at minus 9.2 degree against yesterdays minus 8.9 degree.

The water level in river Lidder, passing through Pahalgam, witnessed drop as the snow, main source of the water body, remained frozen at the upper heights. The night temperature at Qazigund, gateway of Kashmir on Srinagar-Jammu national highway, was minus 5.4 degree, half a notch colder than yesterday when it was minus 4.9 degree. The minimum temperature at Kupwara was minus 6.3 degree and Kokernag minus 5.4 degree, spokesman said. After Drass, border town of Kargil on Srinagar-Leh national highway was second coldest at minus 17 degree and minus 15.9 degree at Leh in Ladakh UT. The maximum temperature on Thursday was minus 5 and minus 2.6 degree at Kargil and Leh respectively. There will be mainly clear to partly cloudy sky and the maximum and minimum temperature would be around minus one degree and minus 16 degree at Leh during the next 24 hours. In PoK Skardu was coldest at minus 10.8 degree, Gilgit minus 6.5 degree, Mirpur 1.7 degree and Muzaffarabad 2 degree minimum temperature.