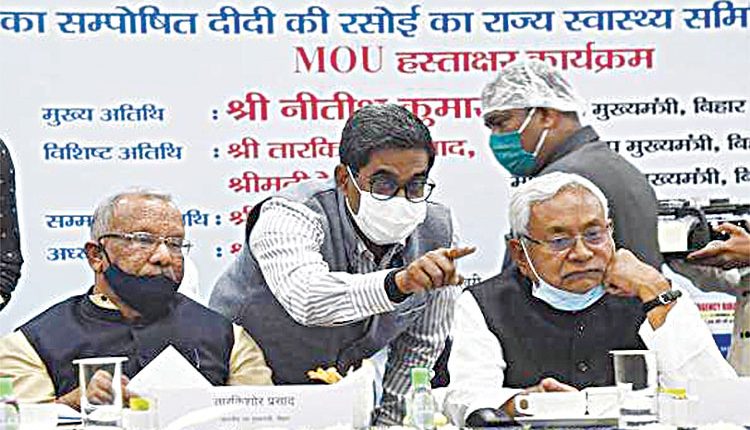 Patna, Feb 21 (FN Bureau) Bihar Chief Minister Nitish Kumar today directed the officials to use social media platform for highlighting the achievements of the government and also countering negative propaganda of some elements, having no information about anything. Mr Kumar, while launching several schemes of Health Department including, e-Sanjivni, Ambulance tracking system, Wonder App and Didi ki Rasoie here, said that a number of facilities rolled out would further improve the scenario in health sector in the state.

With the launching of several schemes, patients would be made available ambulance for carrying them to hospitals in minimum possible time and Jeeivika didis would render their services in hospitals for providing quality foods to patients and their attendance, he added. Chief Minister said that he was highly impressed with the performance of Jeevika didis in providing quality foods to patients and their attendants at some hospitals where this facility was launched as pilot project. Now, this facility would be extended to hospitals across the state, he added. Mr Kumar said that a number of steps were taken to improve the scenario in health sector and its results were visible now.

He directed the officials to use social media platform as much as possible to highlight the achievements of the government and inform the people about benefits of various government schemes to counter negative propaganda by some elements, a reference to opposition leaders. They had no knowledge about anything and also did not go to spot to see themselves the ground realities but kept misleading the people by making posts on social media which were fictious and concocted, he added. Chief Minister said that state government had performed well and also got support from the Centre in handling Corona virus pandemic. The scenario in Bihar was far better than several States across the country, he pointed out.

Burglars break into ATM, escape with cash worth lakhs