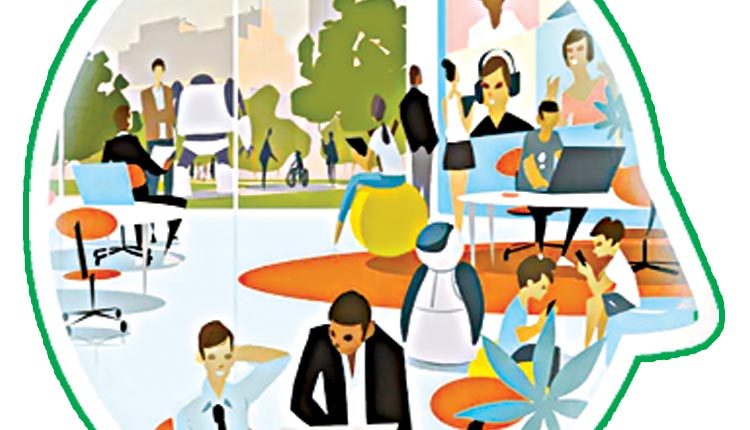 New Delhi, Mar 30 (FN Bureau) The United Nations Human Settlements Programme (UN-Habitat) on Tuesday called for a “new social contract” between governments, the public, civil society and private sector for cities post-pandemic and urged governments to reduce poverty for a “just, green and healthy future.” UN-Habitat also stressed the need for universal basic income, universal health insurance and universal housing. The Nairobi-based UN-Habitat released a new report — Cities and Pandemics: Towards a more just, green and healthy future – which demonstrates how cities can reduce the impact of future pandemics and become more equitable, healthy and environmentally friendly. “Our cities and towns have been hit the hardest by the pandemic. Our data on the initial spread shows that 95 percent of the COVID-19 cases were in cities and towns,” said Executive Director Maimunah Mohd Sharif and stressed the need for rethinking the form and function of cities, addressing poverty and rebuilding a new urban economy. Urban areas have been faced with a rapidly changing public health crisis, along with challenges in safe public transport, increased water and sanitation needs, use of public spaces and the economic consequences of lockdowns. According to Sharif, the urban poor are much more exposed to the virus than the other social groups, and they are also more likely to die from COVID-19.

The report used data from more than 1,700 cities, saying the pandemic “exacerbated” the living conditions of more than one billion people living in inadequate housing. In Singapore, the report found 94 per cent of COVID-19 cases were in “migrant dormitories” while in New York, “71 per cent of deaths were in the poorest neighborhoods.” To address the issues, the report called “loud and clear” for a “new social contract” in urban areas, emphasising the need for universal basic income, universal health insurance and universal housing. “We need to address systemic poverty and inequality in cities head on, giving greater focus to housing, basic services, sustainable mobility and connectivity,” said Sharif.

“This also means protecting jobs and providing financial support to cities to allow them to create financial resilience.” The UN-Habitat report’s recommendations include an increased focus at the local level on planning neighbourhoods and communities that are multi-functional and inclusive. It explores how well planned cities combining residential and commercial with public spaces along with affordable housing can improve public health, the local economy and the environment. “Cities are engines of dynamism and innovation, and can help us overcome development deficits. They can spearhead reforms towards a New Social Contract to tackle poverty, strengthen social protection, restore public trust and reach people who are on the margins or who face discrimination,” states the UN Secretary-General António Guterres in his foreword to the report.

The report outlines how a new normal can emerge in cities “where health, housing and security are prioritized for the most vulnerable not only out of social necessity, but also from a profound commitment to human rights for all.” This requires governments to focus on policies to protect land rights, improve access to water, sanitation, public transport, electricity, health and education facilities and ensure inclusive digital connectivity. The report recommends strengthening access to municipal finance to enable city leaders to build a new urban economy that reduces disaster risk as well as addressing climate change by developing nature-based solutions and investing in sustainable infrastructure to enable low carbon transport.

Most Valuable Car Brand in the World