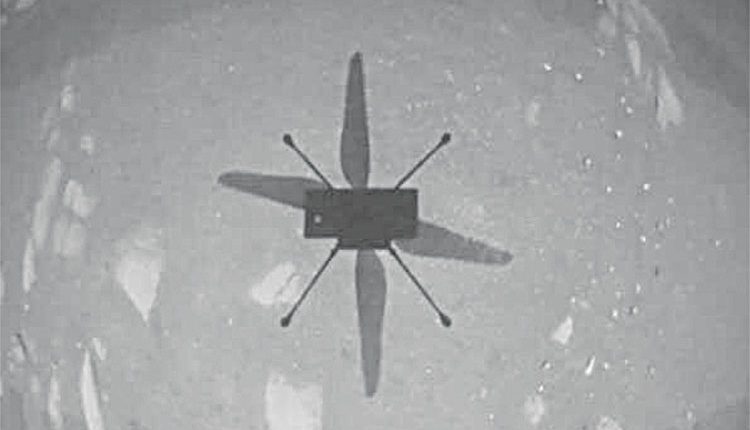 Washington, Apr 19 (FN Agency) National Aeronautics and Space Administration (NASA) on Monday successfully launched its Mars helicopter Ingenuity from the surface of the Red Planet. “The #MarsHelicopter made history today by being the first craft to achieve controlled, powered flight on a planet beyond Earth,” NASA Jet Propulsion Laboratory announced on Twitter.

Notably, the American space agency’s this attempt marks the first powered, controlled flight of an aircraft on another planet. NASA had earlier said that the Perseverance rover will provide support during flight operations, taking images, collecting environmental data, and hosting the base station that enables the helicopter to communicate with mission controllers on Earth.