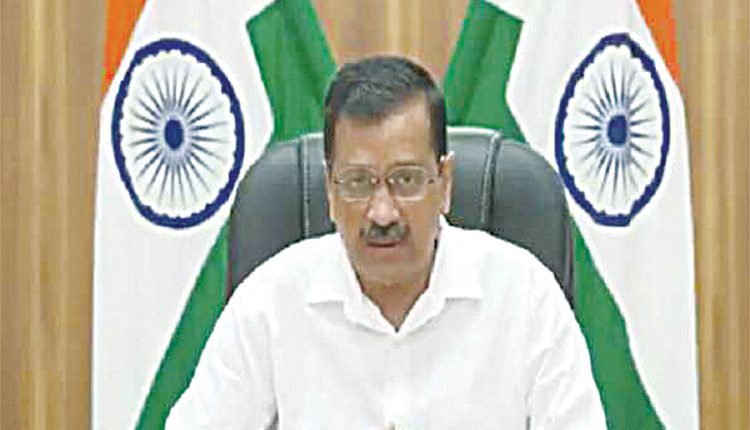 New Delhi, Apr 18 (FN Agency) Delhi Chief Minister Arvind Kejriwal on Sunday urged Prime Minister Narendra Modi to reserve 7,000 of 10,000 beds available in central governments hospitals for the COVID-infected patients as almost all ICU beds have been occupied in the national capital due to drastic rise in the fresh cases. “Currently only 1,800 out of 10,000 central government hospital beds are reserved for COVID-19 patients. I request you to increase the capacity of beds to 7,000 in the Central Government hospitals,” the Chief Minister said in a letter. Mr Kejriwal averred that the situation of COVID has worsened in the national capital. “Almost all ICU beds have been occupied,” he said adding there is even a dire need for oxygen cylinders, as the cases have risen exponentially in the past few days. He thanked the prime minister for directing DRDO to construct 500 beds but further requested him to expand its capacity to 1,000.

Earlier in the day, the Chief Minister, in a press conference, said that the national capital has reported over 25,500 cases in the past 24 hours, bringing the positivity rate to nearly 30 per cent, a sign of worry. The chief minister said that he has spoken to Union Home Minister Amit Shah and informed him of the dire need for beds and oxygen in Delhi. “I also informed Union Health Minister Dr Harsh Vardhan of the same yesterday”, Mr Kejriwal said. He added that within 2-3 days, the Delhi government will set up more than 6,000 oxygen beds and will also arrange more high-flow oxygen beds for patients in some hospitals. ‘In the next few days, we will provide for an additional 6,000 beds in Yamuna Sports Complex and Commonwealth Games Complex. Radha Soami Satsang Beas Centre will be reopened. Beds are also being set up in many schools that are being attached to hospitals,’ Mr Kejriwal said.

The COVID situation has drastically deteriorated in the past few days. On Saturday, the Capital added the largest single-day spike of 24,375 fresh cases in the past 24 hours while 167 more lives were lost. The city is currently under a 55-hour-long weekend curfew that will end on Monday morning at 0500 hrs. To curb the spread of the virus, Mr Kejriwal had announced a series of restrictions earlier this week. Besides night curfew, the restrictions included a ban on all gatherings — social, religious or political.