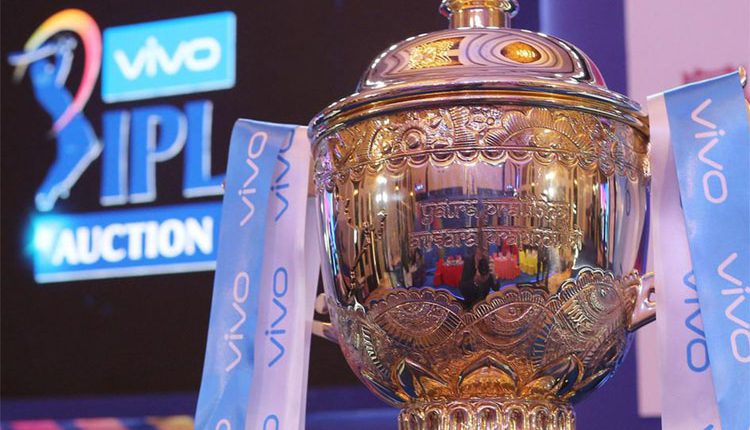 Mumbai, Mar 10 (Agency) Hit by the coronavirus pandemic, the Indian Premier League (IPL) lost 3.6 per cent of its brand value to Rs 45,800 crore in 2020, says a brand valuation report. In 2019, the IPL commanded a brand value of Rs 47,500 crore, which had grown 7 per cent over the previous year. Though one of the key franchises, the Mumbai Indians — owned by the Reliance Group — has retained the top spot in the brand rankings for the fifth consecutive year at a brand value of Rs 761.0 crore, it is down 5.9 per cent from 2019, Duff & Phelps said on Wednesday releasing the seventh edition of its valuation report on IPL.

Chennai Super Kings (CSK) and Kolkata Knight Riders (KKR) have seen their brand value erode by 16.5 per cent and 13.7 per cent, respectively, from 2019. While CSK’s value dropped from Rs 732 crore to Rs 611 crore, that of KKR declined from Rs 629 crore to Rs 543 crore, the report said. Duff & Phelps, which specialises in brand valuation, said the pandemic-hit 2020 was challenging which had its rub off on the sports economy, and disrupted the sporting calendar with a string of tournaments being postponed or cancelled. The individual franchisees saw reduction in their brand value over the last year mainly due to the reduced franchisee-related sponsorship revenue, loss of gate receipts, reduced food and beverage revenue and certain teams’ on-field performances. ‘Similar to the impact on other businesses and the overall economy, the pandemic has led to a decline in the IPL ecosystem value. However, with people forced to spend time at home, there was an increase in IPL television viewership making the 2020 edition a huge success for broadcasters as it broke viewership and advertising revenue records.

‘Television ratings skyrocketed and advertisers tapped into this opportunity to scale up their brand image. Despite the challenging year, this momentum is indicative of how strong the IPL brand has become,’ said Santosh N of Duff & Phelps India. With the economy opening and virus infections decreasing, sponsorship deals are expected to be back to the pre-pandemic levels. Also, an increase in the number of teams in 2022 and the renewal of media rights in 2023 will enhance the IPL ecosystem value in the future, Santosh added. The IPL reflects the evolution of the modern cricket business, with clubs benefitting not only from the sport’s enduring popularity but also from the game going global and from some great marketing initiatives. All teams need to continue broadening their footprint, forming relationships and generating revenue opportunities in growth markets, said Varun Gupta of Duff & Phelps. In 2020, the IPL season 13 has seen lower sponsorship revenue compared to 2019 — Dream11 paid Rs 222 crore for the season as against Vivo’s cancelled contract of Rs 440 crore per season for the IPL title sponsorship.

The IPL had increased the value of its sponsors/ partners remarkably. After the title sponsor was picked by Dream11, it secured USD 225 million in funding. Another official sponsor Unacademy joined the unicorn club with funding of USD 150 million, and another sponsor Cred secured USD 80 million, bringing it closer to unicorn status.