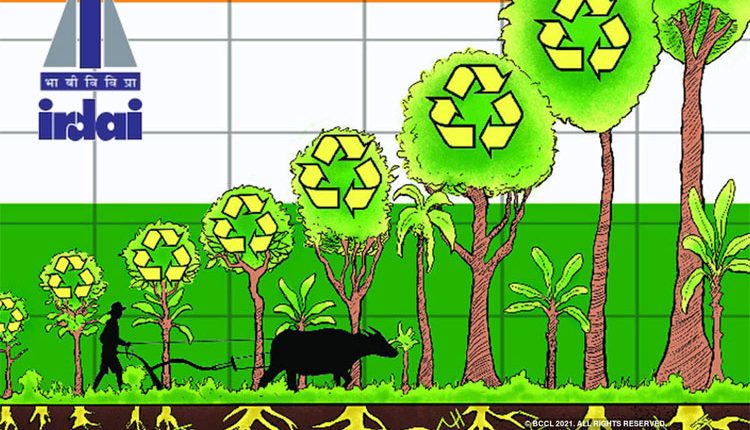 New Delhi, Jan 20 (FN Agency) Concerned over low level of insurance penetration in the country, IRDAI Chairman S C Khuntia on Wednesday said the regulator has asked insurance players to adopt one aspirational district each. The protection gap is 80-90 per cent in the country, so only 20 per cent people have any kind of insurance protection either in the form of life or general insurance, he said while addressing a virtual conference organised by economic think-tank NCAER.

Life insurance penetration in the country is 3.6 per cent of the GDP, way below the global average of 7.13 per cent, and in case of general insurance it is even worse at 0.94 per cent of GDP, as against the world average of 2.88 per cent. The regulator, Insurance Regulatory and Development Authority of India (IRDAI), is engaged with the insurance industry to improve awareness and push appropriate products which are need-based. ‘We have asked every insurance company to adopt one aspiration district where awareness creation is done,’ he said. Citing the example of Tripura, he said, the state government wants 100 per cent insurance inclusion among all families. The Aspirational Districts Programme (ADP), launched by Prime Minister Narendra Modi on January 5, 2018, aims at rapid transformation of 115 districts that have shown relatively lesser progress in key social areas and have emerged as pockets of under-development.

Speaking at the virtual conference, Additional Secretary (Insurance) in the Department of Financial Services Amit Agrawal said there is a need for simpler financial products where the possibility of mis-selling is less and is easier for consumers to understand. Consumer protection is underpinned by higher levels of competition and greater consumer choice, Agrawal said, adding, the financial market has a role to play here. As greater FDI comes and more number of listings happen, he said, an entity widely held with greater investor participation will have better disclosures. Agrawal also emphasised the need to look at the Investors beyond silos as investors are one but comes under different regulatory institutions because of the nature of investment.