India is most ideal and vibrant democracy in the world : Muralidhar Rao 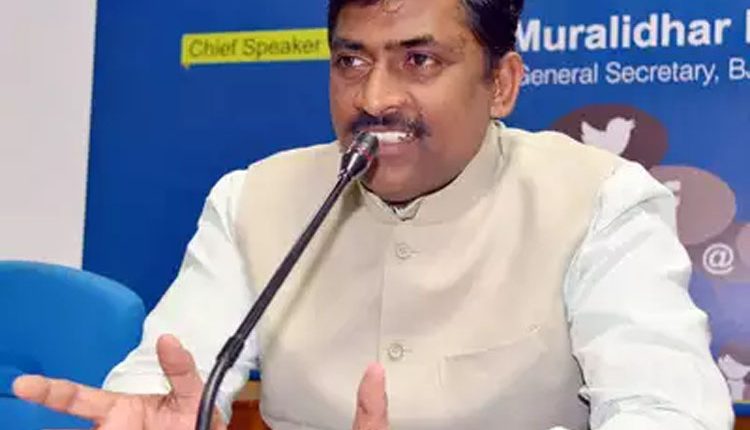 Hyderabad, Mar 7 (FN Representative) Bharatiya Janata Party National General Secretary P Muralidhar Rao has said that India is the most ideal and vibrant democracy in the world. Speaking at the Digital Hindu Conclave held at Visvesvaraya Bhavan here under the auspices of Bharat Niti, Mr Rao, who discussed on the concept of Rama Rajya said, it is a role model for the world.

He assured that Hyderabad will be the Bhagyanagar soon because of awakening in the society. The BJP leader said the Hindu movement is a knowledge movement in the world and emphasised the role of social media warriors in this context. Mr Manoj Tiwari, MP said it is important to respect out cultural heritage. On the occasion, Gauranga Das, a motivational speaker from (ISKCON) gave a power-point presentation on the impact of social media on culture in the country.