India has more Female Commercial Airline Pilots in the World 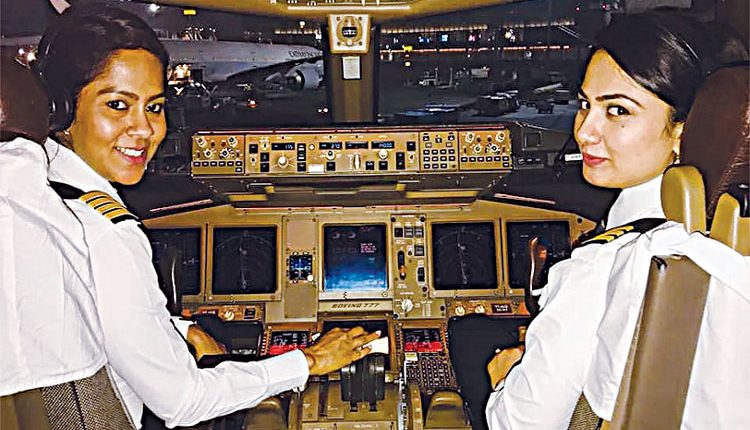 New Delhi, Mar 12 (FN Bureau) Contributing to the gender equality in its own way, Ministry of Civil Aviation has informed that India has the highest ratio of female commercial airline pilots as compared to any other country in the world. In a tweet put out recently, MoCA has revealed the ratio of female pilots in the world and India leads the list with 12.4 percent female commercial pilots as opposed to other nations. Next in line is Ireland with distant 9.9 percent female pilots.

The data compiled by International Society of Women Airline Pilots 2020 further reveals that regional airlines in India are the biggest employer of female pilots with 13.9 percent gender ratio, while cargo airlines have the least ratio at 8.5 percent in India. Also low cost airlines have less female ratio as compared to major airlines with same percentage as overall staff in India. Speaking about the global numbers, following Ireland closely is South Africa with 9.8 percent female pilots, while Canada is at fourth spot with distant 6.9 percent ratio. Completing the top 5 list is Germany with similar percent. Countries like the US and UK has 5.4 and 4.7 percent female flight officers respectively.

Indian female pilots have achieved many firsts in global aviation industry including the recent San Francisco to Bengaluru direct flight on the national carrier Air India that was operated by an all women cockpit crew of Capt Zoya Aggarwal (P1), Capt Papagari Thanmai (P1), Capt Akansha Sonaware (P2) and Capt Shivani Manhas (P2). The flight which covered 13,993 km in 17 hours and flew over North Pole was the longest commercial flight in the world to be operated by Air India or any other airline in India. Interestingly, Air India has the highest women employee ratio for an airline in the world.