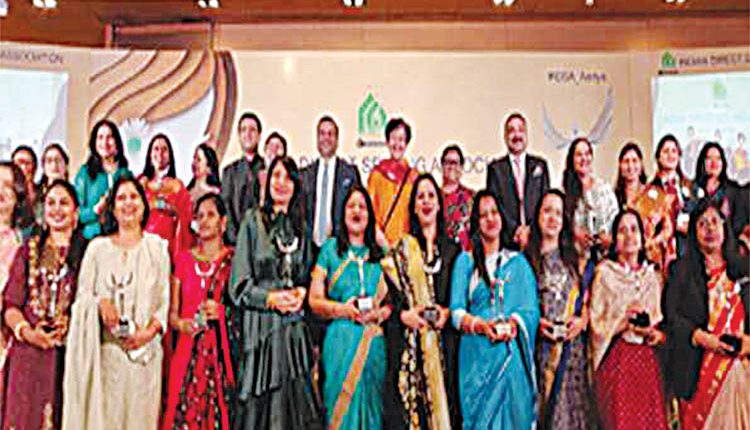 New Delhi, Mar 9 (FN Bureau) A total of 29 women achievers from different walks of life who played vital role in changing the facet of Direct Selling in the country were felicitated at an event here. In a grand celebration of International Women’s Day and to recognize the contribution of Women in Direct Selling, the Indian Direct Selling Association (IDSA), an apex industry body, organised the event titled – ‘Aadya’ here on Monday evening and felicitated the women achievers. ​

The growth of Direct Selling in India is being driven by women as more than 50 per cent Direct Sellers in India are women. IDSA acknowledges their role in efficiently leveraging the benefits of social networking and adoption of innovative communication strategy to promote sales. ​The event was graced by Ms Madhu K Garg, Secretary of Women and Child Development and Ms Atishi, Member of Delhi Legislative Assembly. The dignitaries underlined the role of women in strengthening the economy as well as the society. ​Vivek Katoch, Treasurer, IDSA said, ‘Women have been an integral part of the Indian societal set-up right from the ancient eras.

Women have always been a strong pillar of their respective families, playing the most important roles ever so effortlessly. Direct Selling has provided an apt platform to these wonder women who have optimally utilized the opportunities presented by this wonderful business model. The evolution of Direct Selling has recognized and tapped the tremendous opportunity women provided through their communication and networking It is pertinent to say that Direct Selling has not only provided an opportunity to dream big, but also helped them in achieving them.’ ​’Aadya’ is one-of-a-kind initiative by IDSA to recognize the outstanding performances of Women Direct Sellers who have carved a niche for themselves in Direct Selling business. Along with the Women Entrepreneurs, IDSA also felicitated key Women Achievers for different Direct Selling entities who have made a significant in their respective roles with the organizations.

“All of us have responsibility to make India shine on world stage” : Kovind