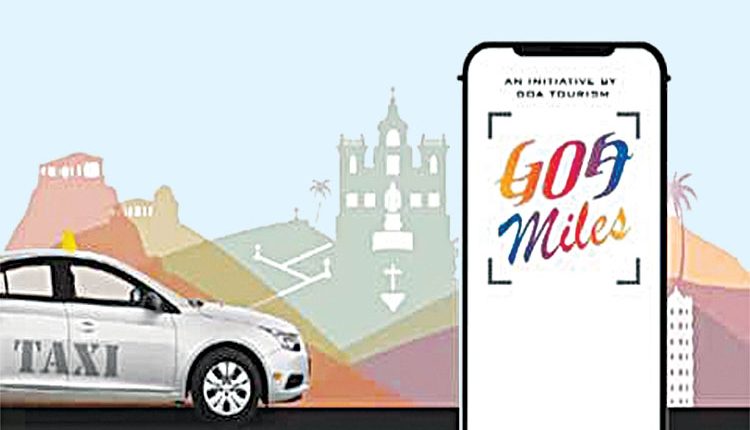 Panaji, Apr 16 (FN Agency) Goa Chamber on Friday welcomed the strong stand taken by Chief Minister Pramod Sawant, Transport Minister Mauvin Godinho and Tourism Minister Babu Azgaonkar in the case of tourist taxi operators. In a statement, Goa Chamber of Commerce and Industry (GCCI) President Manoj Caculo said,”Goa is the only state in India where the taxis are running without fare meters. This has often led to large number of complaints of overcharging and harassment by tourists, bringing a bad name to the state and its tourism industry. Unfortunately successive Governments in the State have been succumbing to the pressure tactics of the taxi operators and also to the pressure from some of its own MLAs. Because of the Government dragging its feet, Goa Chamber and TTAG had in the past approached the High Court which had given definitive directions to the State Government to ensure that all taxi operators install fare meters within a specific time period.”

”In this background, the clear stand taken by the Chief Minister Dr. Pramod Sawant and his ministerial colleagues is a welcome step. While insisting on the installation of the fare meters, the Government has shown its willingness to resolve the issue in an amicable manner by offering to pay for the cost of the meters. The Government has even gone to the extent of supporting the taxi operators’ own app based service. However, the taxi operators stand on being firm on non-installation of the fare meters and opposing the Goa Miles taxi service smacks of arrogance. They are now increasingly losing the sympathy of Goans,” he said.

Mr Caculo said, ”As business persons we often travel across the country and avail of the app based taxi services like Uber and Ola – they are very efficient and cost effective. Goa Miles compares fairly well with the other app based taxi services in the country and is gaining popularity within the state. It is unfortunate that the taxi operators are using strong arm tactics and take law in their own hands to harm the Goa Miles taxi drivers. This is totally unacceptable and we urge the Government to stand firm on its decision and take strong action against anyone who tries to disrupt the services, particularly in these testing times for the tourism industry. We also appeal to the taxi operators to come forward and accept the Government’s offer and play a meaningful role in the development of the tourism sector in Goa.”